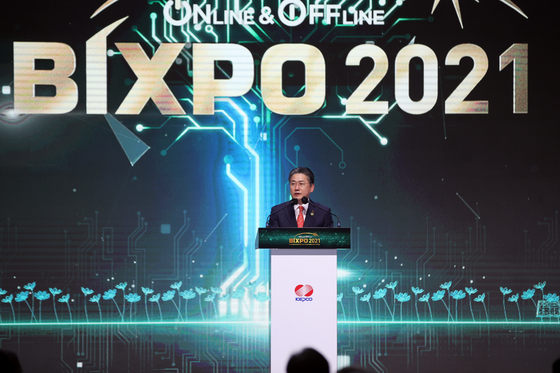 “The principle of a public utility bill is to compensate the primary cost,” Cheong said at a press conference held in Gwangju late Wednesday. “Obviously there should be a negotiation [with the central government] in adjusting [electric bills] accordingly if there are factors affecting fuel costs.”

Cheong particularly noted spikes in raw material prices other than crude prices, such as coal and LNG.

International crude prices are expected to continue to rise in early 2022, a Kepco official added.

In September, Kepco announced a hike in electric bills for the last three months of this year.

It was the first increase since November 2013.

Electric bills were raised 3 won per kilowatt hour, the maximum increase for a quarter.
A family that consumes 350 kilowatt hours a month will pays an additional 1,050 won per month.

in order to raise electric bills, Kepco needs the approval of the central government.

The government is worried about inflation and a hike in utility bills could add to it.

Last month, consumer prices grew at the fastest rate in nearly a decade, 3.2 percent.
Consumer prices have grown more than 2 percent for each month since April.

Cheong said the current billing system does not entirely reflect international crude prices as it was designed to prevent spikes that would cost the average household.

He said the billing system will have to be changed to reflect more accurately input costs. 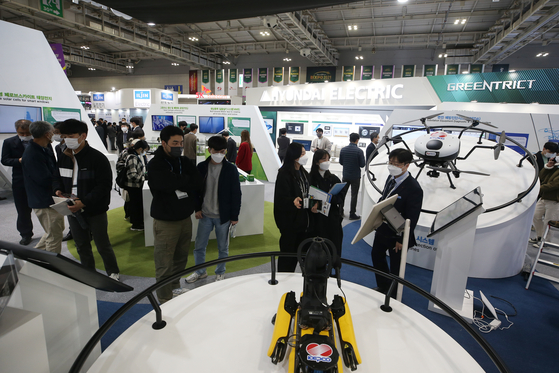 The exhibition floor at the Kimdaejung Convention Center in Gwangju, South Jeolla, on Wednesday where Kepco's Bixpo is held. [YONHAP]

“If you look at other countries' policies to increase nuclear power, while they include the construction of conventional power plants, there are also goals that include the small modular reactors (SMR),” Cheong said.

He said there's a lot of research on innovative nuclear reactors.

“The Korea Hydro & Nuclear Power Co. made a report on SMR development,” Cheong said. KHNP's SMR technology needs to get government approval, he said, and then the project will receive 500 billion won in investment from the government.

During the Bixpo event on Wednesday, former UN secretary-general Ban Ki-moon argued that without nuclear energy, the current administration’s goal of carbon neutrality is impossible.

“The Carbon Neutrality Commission has presented a carbon neutrality roadmap that has excluded nuclear energy,” Ban said. “While the plan is to increase the ratio of renewable energy by 70.8 percent, many experts say this is impossible considering the geographical condition and weather environment of the country.”

He added that other countries including France and the U.K. plan  increases in nuclear energy as key points in their carbon neutrality plans.

“China has plans to build 150 nuclear power plants in the next 15 years,” Ban said. “The reasons countries that have earlier planned to cut back nuclear energy reversed their plan is because they have accepted that without nuclear energy, carbon neutrality is impossible.”

This year the state-owned energy company announced its own carbon neutrality plan for 2050, which included no longer using coal-powered plants by 2050 and replacing them with renewable energy sources and technology development in environmentally friendly energy sources including ammonia and hydrogen.