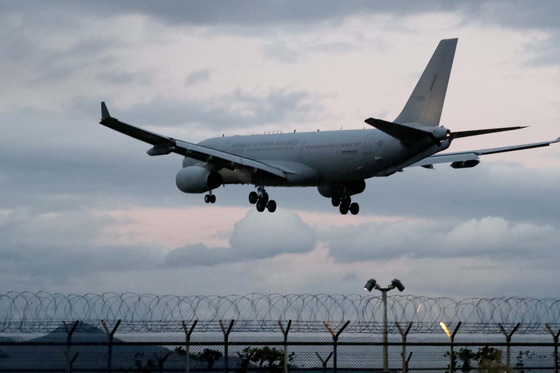 
Until the end of this year, the sale of diesel exhaust fluid (DEF) will be limited to gas stations, and amounts will be controlled.

The government on Thursday enacted emergency supply controls on urea and products made from it that are vital to diesel-engine vehicles.

Without DEF, the vehicles are automatically immobilized.

“The urea supply instability, which started with a shortage of coal in China, is now having a huge impact on our domestic industries,” said Prime Minister Kim Boo-kyum on Thursday. “Cargo trucks, which are the key to transportation and logistics, are facing difficulties and anxiety is spreading.”

Kim emphasized the government’s efforts to get its hands on urea supplies, including 18,700 tons that will be shipped from China.

The government had no choice but to take tough steps, he said.

“In addition to banning the hoarding [of DEF], the government plans to enact an emergency supply action until we have secured a sufficient amount,” Kim said.

Anyone who violates the emergency actions will face a fine of up to 100 million won ($84,700) or a prison sentence of up to three years.

The only exception to selling DEF outside of gas station is when a seller directly provides the fluid to specific clients such as construction sites or trucking companies.

The DEF bought at gas stations can't be resold.

But donations of DEF bought at gas stations via second-hand app markets will be allowed.

Direct purchases of DEF from abroad will be allowed, but the person who buys it must use it.

All DEF retailers, importers and producers will be required to report how much they import, sell and their inventory levels to the government every day until the end of this year.

All urea exports will be banned.

The last time the government took such actions was at the start of the Covid-19 pandemic in 2020, when it restricted sales of masks.

On Thursday, 27,000 liters of DEF from Australia arrived at Gimhae International Airport.

Some 4,500 liters will be supplied to private ambulances on Friday.

The government estimates that roughly 2,300 private ambulances out of a total of 3,800 use DEF.