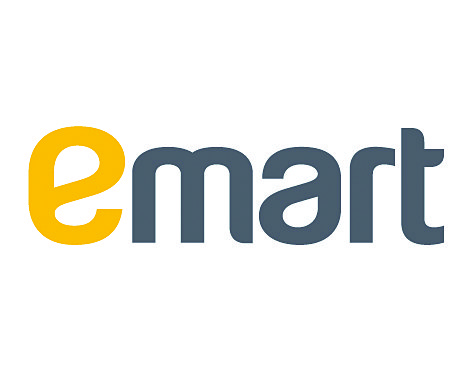 
Emart reported 937 billion won ($790 million) in consolidated net profit in the third quarter, up 681 percent on year, according to the company’s preliminary report announced on Friday.

Sales rose 6.8 percent in the July-September period to 6.3 trillion won, a quarterly record, but fell short of the 6.49 trillion-won market consensus.

Emart said it was the first time its quarterly sales broke 6 trillion won.

Operating profit was down 28.2 percent on year to 108.6 billion won, underperforming the 160.6- billion-won market consensus. Net profit was up because it sold an idle lot in Byeollae in Namyangju, Gyeonggi.

Emart said its profit declined because people were not allowed to spend the government relief funds that were handed out in September at its offline stores.

“Despite the difficult environment, Emart managed to increase sales in the third quarter,” said the company in a statement. It vowed to “evenly grow online and offline businesses in the future.”

eBay Korea, which runs Gmarket and Auction, will become an Emart subsidiary on Nov. 15.