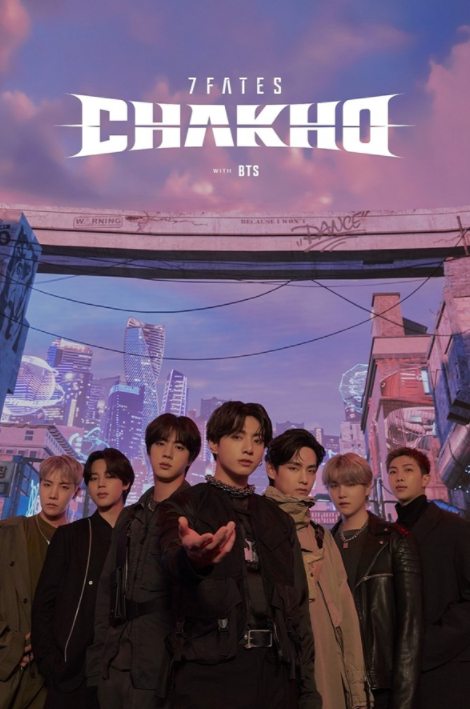 HYBE will launch web novel “7Fates: Chakho,” which features BTS members as the story’s protagonists, on Naver Webtoon in January of 2022. [HYBE]


Fans of BTS dubbed ARMY, known for their formidable numbers and loyalty, are pushing a campaign to boycott the boy band's agency HYBE.

The hashtag #Boycott_HYBE in Korean, along with similar hashtags in English, have been used over 140,000 times on Twitter as of Thursday.

HYBE started as a small firm but rose as a global entertainment powerhouse thanks to BTS's success. What has made ARMY angry enough to boycott its favorite band's very own management?

It all began with the "2021 HYBE Briefing With The Community" held online by the agency on Nov. 4. The briefing session laid out future plans for artists under HYBE including BTS, Tomorrow X Together and Enhypen. HYBE announced that it plans to expand content using its intellectual property by releasing original webtoons and web novels based on the boy bands on Naver Webtoon.

The first web novel to launch on Jan. 15 of next year is "7Fates: Chakho" featuring BTS members as the story's protagonists. Inspired by the chakho-gapsa, or tiger hunters, of the Joseon Dynasty (1392-1910), the urban fantasy web novel is set in the near future and features BTS members as seven boys who are connected by fate and overcome challenges together.

HYBE revealed snippets from the upcoming web novel, but as soon as ARMY took a closer look, anticipation turned into outrage. 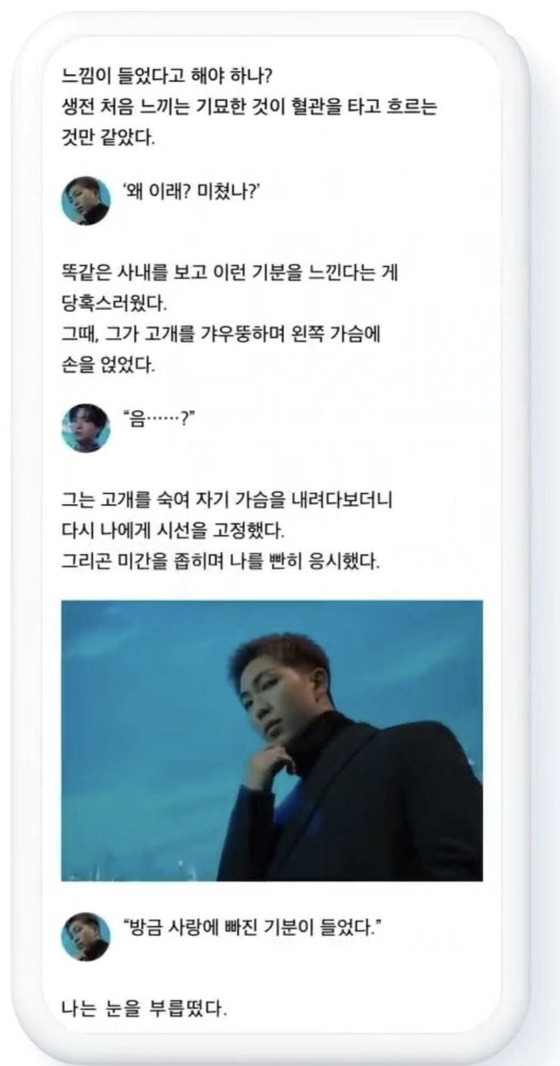 Teasers of "7Fates: Chakho" revealed by HYBE have been accused of conveying homoerotic sentiments and sexualizing BTS members. [HYBE]


"It was like something strange that I had never felt before was running through my veins [...] I was perplexed that I was feeling this way about a fellow man," one of the snippets reads.

"He looked down his chest then fixed his gaze on me, and furrowed his brow to stare at me. 'I felt like I had just fallen in love,'" it continues.

Fans are expressing outrage that the web novel conveys homoerotic sentiments between BTS members, even reminiscent of RPS (real person slash) — a subgenre of K-pop fan fiction which explicitly portrays homoerotic relations between male idol stars. The genre is often condemned by other K-pop fans as vulgar and offensive to stars being portrayed.

"Did HYBE even get consent from [BTS] members for this?" asks a tweet with over 2,200 likes. "I'm speechless because I never imagined it would be so lowbrow." 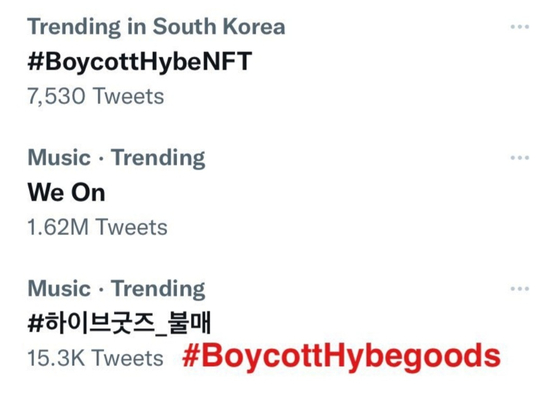 The hashtag #Boycott_HYBE (translated) along with similar hashtags in English have been used over 140,000 times on Twitter. [SCREEN CAPTURE]


Backlash ensued online, with hashtags #Boycott_Hybe and #Boycott_HybeGoods in Korean and English flooding Twitter. Although the full web novel is yet to be released, fans are criticizing that HYBE sexualized the members for profit.

But this is not the only accusation HYBE is facing in relation to claims it is overly commercializing its artist for financial gain. Another announcement from the briefing session that HYBE plans to partner with fintech company Dunamu to sell nonfungible tokens (NFTs) of HYBE artists' albums, photos and merchandise is also under fire.

NFTs are blockchain-based proof of digital asset ownership that can’t be replaced with something else. While NFTs have become common in the art and pop culture market, BTS fans point out that creating and trading NFTs require a large amount of computing power, which increases carbon emissions and harms the environment. 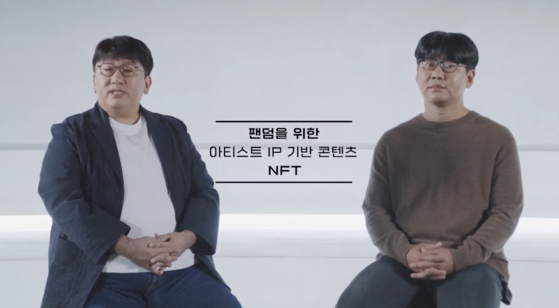 During the “2021 HYBE Briefing With The Community” held online on Nov. 4, HYBE announced it partnered with fintech company Dunamu to sell nonfungible tokens (NFTs) of HYBE artists’ albums, photos and merchandise. [HYBE]


ARMY members are criticizing HYBE's apparent lack of consideration for environmental consequences, especially considering that BTS has been speaking out to raise awareness on climate change, including attending the United Nations General Assembly in September to deliver a speech which drew attention to climate change. Fans are expressing disdain that the agency's projects conflict with the message BTS has been championing.

"Imagine having a group talking about climate change for years and then deciding to create NFTs. They're [HYBE is] ruining BTS['s] credibility," reads a tweet with over 330 likes. 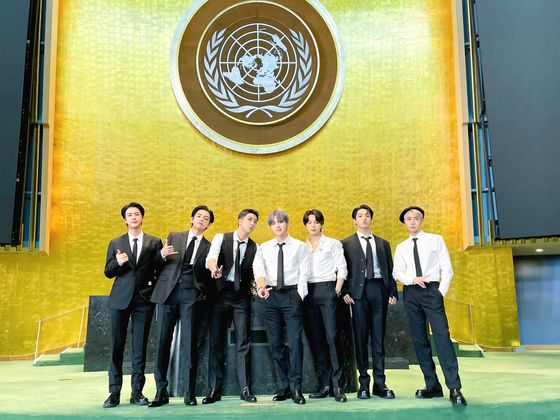 BTS at the United Nations General Assembly in September [BTS]


The English hashtags #BoycottHybeNFT and #ARMYsAgainstNFT are also trending on Twitter and many fans are canceling their orders of BTS merchandise; not to protest the boy band, but rather its agency's business decisions.

HYBE has yet to address the controversies surrounding "7Fates: Chakho" or the NFTs.


Some may question why HYBE's NFTs are facing such criticism when such tokens have become increasingly common in the K-pop industry. Singers Kang Daniel and Jo Yu-ri, as well as boy bands Ateez and The Boyz are just some of the acts whose agencies have released NFTs this year.

"HYBE is not the first K-pop firm to sell NFTs by a long shot," said pop culture critic Jeong Deok-hyun. "However, decisions regarding BTS are bound to be met with more passionate reactions and scrutiny because its fandom is very invested and includes a large number of global fans who can offer more diverse opinions."

"BTS fans are also overall feeling a sense of fatigue since the boy band is being 'overused' recently," added pop culture critic Kim Heon-sik. "They're feeling that BTS is being overly consumed too easily through so much content, especially if the content is not up to par. Fans' criticism is coming from a place of cherishing BTS. I think HYBE should take this controversy as an opportunity to reevaluate its internal businesses."