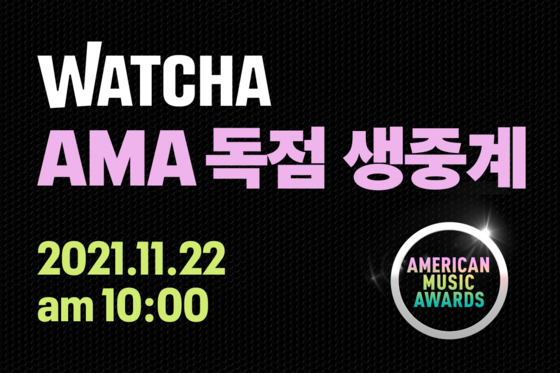 A poster for Watcha's live streaming of the 2021 AMAs [WATCHA]

The event will be interpreted into Korean by former SBS reporter Ahn Hyun-mo.

“We’re very excited to stream the 2021 AMAs,” said Watcha’s CEO Park Tae-hoon. “Please look forward to more content from us in the future, and we also wish BTS the best of luck.”

On Monday, the AMAs announced that BTS will perform the remix version of “Butter” with rapper Megan Thee Stallion during the ceremony.