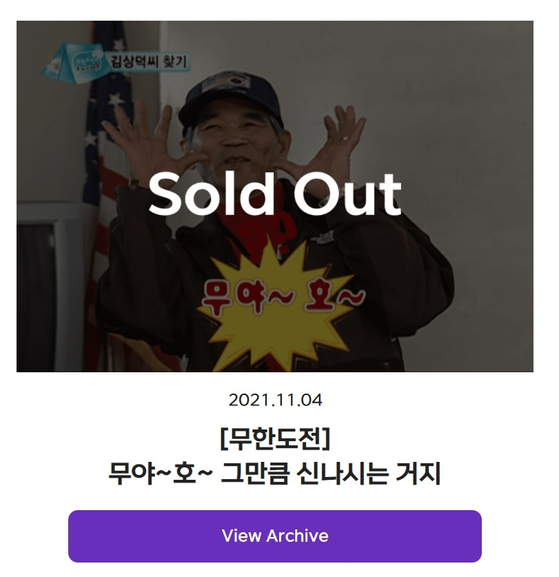 The NFT of a video clip of ″Muyaho″ from MBC's ″Infinite Challenge″ was sold for a price of 9.5 million won. [MBC]


A nonfungible token (NFT) of a video clip from MBC’s popular variety show “Infinite Challenge” was auctioned off for 9.5 million won ($8,050), according to the broadcaster Friday.

The clip went viral when the episode aired in 2010. In the episode, a Korean resident living in Alaska named Choi Gyu-jae shouts out “Muyaho,” a variation from the Korean word for “Infinite Challenge.” The scene with Choi became a popular meme that Koreans refer to when they have nothing to say.