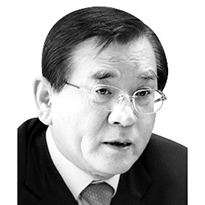 Kim Dae-hwan
The author, a former labor minister, is a professor emeritus at Inha University.


As the presidential candidates for the ruling and opposition parties have been finalized, the Korean Confederation of Trade Unions (KCTU) has announced a national rally on November 13. After a general strike on October 20, the four-day “travelling struggle” is turning into a “political struggle.” The political struggle with the presidential election in mind is expected to continue.

The KCTU became the biggest union as it expanded influence under the protection of the Moon Jae-in administration. I am dumbfounded that their core agenda includes reduction of defense budget, withdrawal of the U.S. forces and nationalizing 50 percent of housing. People’s fury over their political struggle is aggravating.

As the entire nation is enduring inconvenience due to Covid-19 and many small businesses are shutting down, people are giving the KCTU cold stares for going on with an illegal political strike despite the government’s recommendation to refrain from it. Posters denouncing the KCTU were put up in colleges. Small business owners who suffered damages cried out to college students not to start small businesses. Democratic citizens who supported the unions in the past call the KCTU an “aristocratic union” and demand them to disband.

Here, I want to make it clear that the aristocratic union does not make sense. The media call them that as the KCTU is made of unions representing major corporations and the public sector with superior working conditions, such as high wages and stable employment.

However, it is not only an incorrect title but also a term that blurs the essence of the problem. Strictly speaking, an aristocratic union cannot exist, and instead there are “labor aristocrats.” This is an academically defined concept, giving us a valuable point to ponder over. The problem is not the KCTU itself but its leadership, which does not distinguish political activities from a strike — and between illegal and legal activities.

The primary responsibility for the KCTU to deviate from the track of normal labor movement belongs to its leaders. The government and politicians are just as at fault as they are responsible to protect democracy and the law. The Moon administration condoned unlawful and violent activities of the KCTU and did not demand the minimum social responsibility that a labor union should abide by. Illegal activities of the KCTU include the illegal occupation of Hyundai Steel’s Dangjin plant, the assault of a union leader at the Jeonju plant by a union member at Hyundai Motors’ Ulsan 4 Plant, the group harassment that led to the death of a parcel delivery service owner in Gimpo, and much more. But the government and the KCTU executives neglected or encourage the situation.

As the situation has reached this far, the urgency of the labor reform that the administration tried to ignore is raised again. Breaking the double structure of the labor market, which is the core of labor reform, cannot be attained without bringing down the vested interests of the KCTU. As the confederation is mostly made of unions of major corporations and the public sector, the high entry barrier pushes irregular workers in small and medium-sized companies — and young people newly entering the labor market — into the margins. The path to labor reform can open when the labor aristocrats who have driven the existing structure are directed properly. 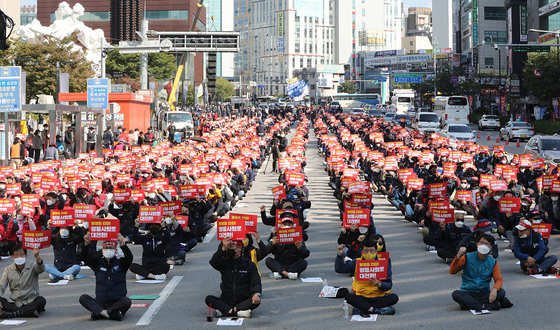 British historian Eric Hobsbawm said that British labor aristocrats deserve social respect and are more politically moderate than the public. In contrast, the Korean labor aristocrats are politically extreme, much less deserving of social respect. In order to guide the militant KCTU executives inclining to a certain faction, the government must put priority on a strict response to their illegal and violent behaviors based on law and order.

Of course, this is the most basic of basics. Structurally, a system reform to preemptively control labor aristocrats’ deviation is necessary. I have a plan for this. I am going to deliver my plan to a responsible official when a new government armed with strong will for labor reform appears and certain conditions are met.