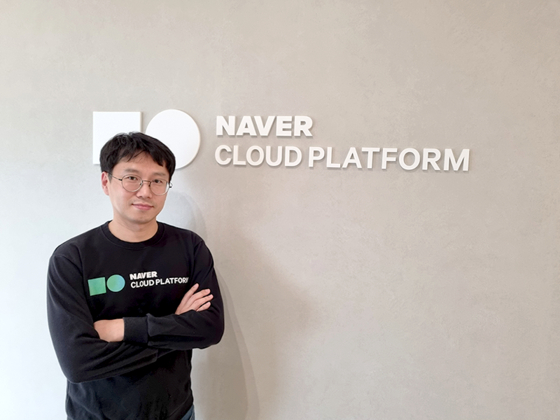 
Cloud computing is a business that experienced exponential growth during the pandemic: it's the technology that allows people to work and go to school from home.

Naver, Korea's top internet company by market capitalization, pulled off a double-digit annual sales growth in cloud computing through the pandemic. It's now looking beyond its home turf, where its internet portal made it a giant, and cloud computing is a big part of those ambitions.

To compete with big tech players like Google and Amazon, Naver is vowing to invest 80 percent of annual sales from Naver Cloud, an affiliate responsible for the cloud business, into personnel recruitment and research and development of advanced cloud technologies.

The initial target markets to expand its cloud computing business will be Southeast Asian countries. Naver can tap into a number of start-ups it invested in in countries like Indonesia. It made big investments in ride-hailing app Grab, Indonesian e-commerce platform Bukalapak and Vietnam's media start-up POPS Worldwide.

The Korea JoongAng Daily sat down with Park Jong-yeol, leader of the business strategy division at Naver Cloud, to discuss the unit's expansion overseas.

Q. Naver Cloud has cited Southeast Asia as a target market for the coming years. Can you specify the countries of interest?

A. We have selected Singapore as a central point of executing the cloud business in the Asia region since the city-state is Southeast Asia’s hub for innovative technology and financial businesses. Some of our cloud computing services have been available outside of Korea, but starting in December, we will make a more diverse range of offerings – comparable to the offering in Korea – available in southeast Asian countries. We have a special interest in Indonesia, which is home to about half of unicorn start-ups based in Southeast Asia including Gojek and Bukalapak. The presence of successful start-ups could translate into opportunity for us because they will likely build cloud infrastructure for their businesses. So, Indonesia is the market we pay the highest attention to.

Vietnam is another location of interest because of the country’s close business ties with Korea and a culture well-aligned with that of Korea. But the overall market size for [cloud computing] remains small in Vietnam given the lower demand for cloud services both from digital start-ups and big companies. We concluded it would take some time for the market to be more embracing of the cloud. Still, we will keep an eye on the market, because Vietnam is a place where Korean companies such as Samsung Electronics, SK and Hyosung run production lines.

We also plan to bring a broader range of cloud services to Japan next year.

Naver Cloud said in September that it is already in discussions with fintech start-ups in Southeast Asia to collaborate on the cloud business. Can you detail the type of partnerships or any ongoing talks?


Naver is betting big on Southeast Asian start-ups, making multiple rounds of strategic investment. The push is also intended to integrate Naver’s technologies and services including cloud into the platforms of the invested start-ups. Naver Cloud is not just a cloud business affiliate; the unit was designed to do Business-to-Business deals by selling proprietary tools and systems to corporate clients.

In this context, we are trying to target the invested start-ups in Indonesia and Vietnam, but their areas of business are not limited to fintech. They also include e-commerce players and media companies. So, Naver’s plan to expand the cloud business in overseas markets goes hand-in-hand with its investment strategy.

How do you convince companies to use Naver Cloud instead of competitors?

Naver is not well-known in Southeast Asia, although Line messenger has strong brand recognition in some countries. When we pitch ourselves, we often describe Naver as a company that combines expertise from Google and Amazon. We operate a search engine that has not been defeated by Google and run one of the largest shopping platforms in Korea.

As you noted, the cloud business is dominated by deep-pocketed tech firms like Google, Microsoft and Amazon. How can Naver distinguish itself from them?


Naver’s strength lies in its commitment to serving clients with customized cloud offerings. The big three companies have a range of standardized products and clients may need to adapt themselves. As a latecomer, we have to develop from scratch ways to meet the needs of our clients. If a client request a function Naver Cloud doesn’t have, we try to add the feature. What I've learned is that the U.S.-headquartered companies are less willing to accept all the requests they get in different locations.

Naver Cloud users get access to a wide variety of tools and services encompassing search engine, e-commerce and media-related features. The services can be easily added into the client’s cloud service. For instance, if a client wants to introduce live stream shopping onto their platform, they can simply do that using our media cloud service.

Is there any new service Naver Cloud plans to bring to the overseas markets?
The latest services concern an analytics function for e-commerce users and platforms designed to support live streaming, as we have seen growing demand from e-commerce operators dealing with a surge in users, especially after the pandemic outbreak. CLOVA AiCall'l service is well-received by insurers as it allows for automated customer service calls.