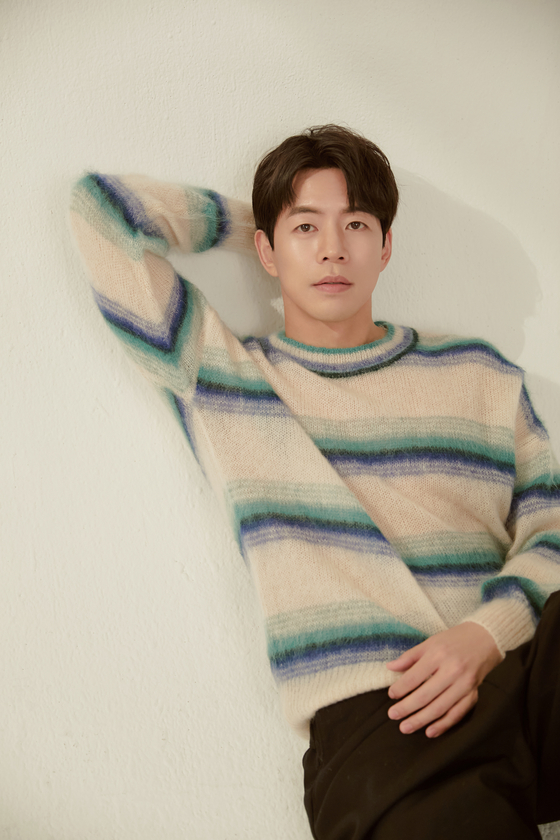 
Actor Lee Sang-yoon of recently-ended SBS drama “One The Woman” is mostly known for his character as a charming son-in-law, so much so, that many mothers with daughters want them to meet and marry.

“They really are fooled,” said Lee with a laugh during a recent interview with Ilgan Sports, an affiliate of the Korea JoongAng Daily. “Whenever my mom hears that, she says she just tries to keep her mouth shut.”

The actor upheld this good guy image while playing the role of a rich man named Han Seung-uk, known for his manners and dreamy looks in “One The Woman.” The drama also starred actor Lee Ha-nee and recorded a 17.8 percent viewership rate on Nov. 6 with its last episode, according to Neilsen Korea.

The actor shared his experience working on the drama, as well as his desire to try something new in the future. The following are edited excerpts. 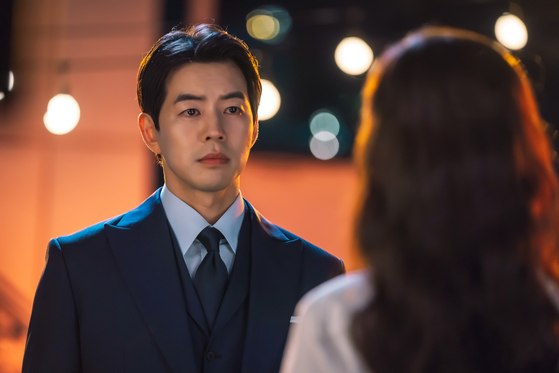 
How did you find working on "One The Woman"?

My role was to provide support to the character Yeon-ju played by actor Lee Ha-nee, as she is the one struggling in the drama. The story of my character simply flows alongside the story of Yeon-ju rather than stands out by itself. I focused more on being her support system as that was how I saw my character.


Why do you think the drama was so popular with viewers?

It is very straightforward. I think the audience appreciated and enjoyed characters that say things they want to say. They must have experienced something vicariously by watching the characters say things they were unable to say in real life. Also the comical factors worked well. I think in the times of the pandemic when everyone feels somewhat suffocated, it was important to give them some way out.

How much did you relate to your character Seung-uk?

I always get a similar question each time I finish a project. In fact, it is very difficult to answer. It was still me playing the character, so I must have shown part of the real me at some level. But when I really think about the actions my character took, they are very different from what I would do in those situations. Seung-uk is much more mature and serious than I am. Most of the time, I am as much as 70 percent synced with the character that I am playing, but this time I think the number dropped to 40 percent or even lower.


How does it feel to be finished with the drama?

It was a very happy set to film on. We all wrapped up feeling that the responses from the audience would be good.


A YouTube video of you watching “Street Woman Fighter” on the entertainment show “MMTG” recently became the talk of the town. Did that surprise you?

I started to really wonder what image I have. Do I not look like the kind of person who watches “Street Woman Fighter?” (Laughs) I was really envious of people who were there to see the final of the show. I really enjoyed watching the program. Someone told me some time ago that I look like a person who would wear a cardigan and walk my dog in the morning. But I am not that person. I am someone who suffers from hangovers in the morning and cooks ramyeon with a very bloated face.


Would you like to change the public's perception of you?

I am trying to make that happen. My real self is very different from someone who reads, takes walks or wears cardigans. One of my close actor friends once told me that he saw me with long hair and a beard after I came back from a long trip. He said that look was so memorable. He told me that I should do a project in which I can show off that look. That is something that I'd like to try. The audience may not like it as much, but I have that desire as an actor.


What’s your plan for the rest of the year?

For now, I'd like to spend some time riding my motorbike as I feel that I need to take a break. I started riding it during the summer and I want to ride it as often and much as possible. The people that I ride with and I are thinking about going on a camping trip. I also started playing golf. I am so bad, but I am trying to make it my future hobby. I am also taking part in a play that I need to start practicing for from later this year. The play “Last Session,” which I already acted in last year, is set to hit the theater early next year, and I am in it again, so I have to be prepared.


It seems like your acting has become more mature. Do you think being in the play has helped?

I am confident that it has helped. I feel a change in my attitude toward acting. I think that now I take a different approach. I really hope that my acting comes across as comfortable to audiences, and that of course, I feel comfortable acting. I now put more effort into doing things in a more laid-back manner. Before I was more like “I need to do this,” or “I have to express certain things.” But now, I am more focused on making myself comfortable with what actions I take in order to make the audience feel comfortable watching me acting. And thankfully, I think people see the difference, too. I got such feedback a lot while I was doing the play. It is a very different experience to work for several months with one script.

Meet Faker, the 24-year-old who carries an entire sport on his shoulders