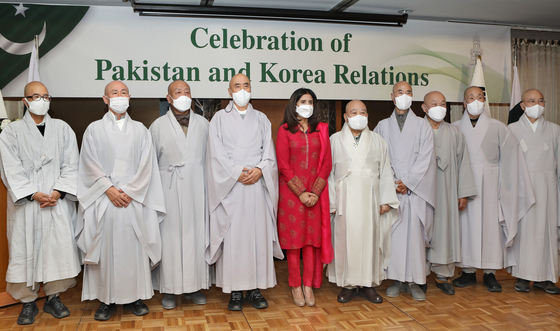 Ambassador of Pakistan to Korea Mumtaz Zahra Baloch, sixth from right, and Venerable Wonhaeng, president of Jogye Order of Korean Buddhism, fifth from right, attend a ceremony to celebrate Pakistan-Korea relations at the Lotte Hotel Seoul on Thursday, during which Wonhaeng was awarded the Sitara-I-Pakistan award in recognition of his contribution to the cultural relations of the two countries. [PARK SANG-MOON]