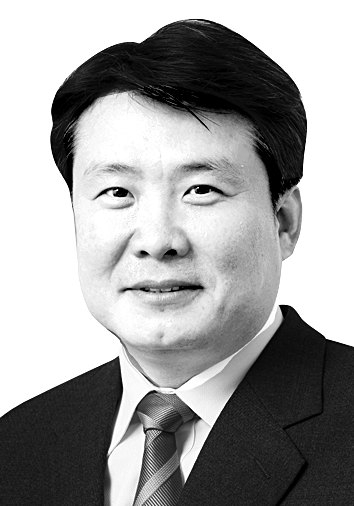 “I’m Al Gore. I used to be the next president of the United States.”

After losing to George W. Bush in the 2000 presidential election, Gore introduced himself in his 2006 documentary “An Inconvenient Truth” with such remarks. After the audience burst into laughter at his humorous — yet anguished — punch line, he added he didn’t think it’s so funny. Gore’s comment carries some stark truth. The Democrat won the most votes — a half million more than his Republican rival — but lost the presidency in the electoral college by a count of 271-267. Yet Gore accepted his defeat immediately.

Around that time in Korea — during the Dec. 19, 2002, presidential election, to be precise — then-opposition Grand National Party (GNP) — a predecessor of the current opposition People Power Party (PPP) — filed a suit against the ruling Millennium Democratic Party (MDP) to nullify MDP presidential candidate Roh Moo-hyun’s victory against the GNP’s Lee Hoi-chang by just 580,000 votes. Undeniably, there was a huge gap in political maturity between the two democracies at the time.

Not anymore. An election defeat is hardly accepted in the United States, too. U.S. voters are generous regarding their candidates’ wrongdoings while showing hostility toward their counterparts. For instance, three quarters of Republicans and Democrats are said to even disagree over basic facts, as clearly seen in the Nov. 2 gubernatorial election in Virginia — a strong foothold for Democrats — where Joe Biden defeated Donald Trump by a big margin in the 2020 presidential race. In the proxy battle for Trump and Biden, Republican businessman Glenn Youngkin beat incumbent Democratic Governor Terry McAuliffe in the statewide popular vote (50.6 percent versus 48.6 percent). After Youngkin’s triumph helped rally Trump supporters en masse, the Democratic Party immediately set up a task force to look into possible election fraud.

Korea’s election history is brimmed with disapproval of election outcomes. It could be a natural offshoot of widespread election fraud during the military dictatorship. After an election defeat, a presidential candidate declared he was at least a “mental president,” and that worked. Even after the democratization in 1987, the liberals could hardly accept the defeat of their candidate, citing the low percentage of votes — 36.6 percent — the conservative winner got in that year’s presidential election. In the 16th presidential election in December 2002, a number of voters attributed the victory of Roh Moo-hyun to ungrounded allegations against his conservative rival that his two sons were exempted from military service in a suspicious way. A ferocious battle over regional, ideological and generational divides in the following elections could hardly produce a “president for all.” It has now evolved into a full-fledged war against opponents.

Whoever wins in the March 9, 2022, presidential election in Korea, the same as what happened in the United States could follow — if the losing side does not accept its defeat. An accumulation of such minds eventually led to the Civil War in America 150 years ago. After Abraham Lincoln was declared the winner thanks to a clear majority of 180 electoral votes — even though he won only 39 percent of the popular vote — the Confederate States did not accept the election outcome.

Of course, it could be the story of other country from long ago — and we have advanced from the past. Our voters were able to change the government for several times without turmoil. Fundamentally, though, it owed much to the acceptability of election defeats over the past 3 decades. To prevent a presidential election from going in the wrong direction, governments of the past at least tried to maintain political neutrality. The Roh Tae-woo administration, for example, appointed Hyun Soong-jong (1919-2020), an upright scholar from academia, as prime minister to stave off government intervention in the 1992 election. That’s not all. The government replaced the interior minister and justice minister directly involved in the election with new faces with no party affiliations, not to mention the replacement of the head of the National Intelligence Service.

It was opposition leader Moon Jae-in who most strongly demanded that a neutral Cabinet be formed in the last presidential election. But high government officials from the Moon Blue House — the vice minister of trade, industry and energy, for instance — are being investigated for their alleged violation of the Public Official Election Law. The prime minister, justice minister and interior and safety minister are all former lawmakers of the ruling Democratic Party (DP). The heads of the prosecution, the police, the National Election Commission and the Anti-Corruption & Civil Rights Commission are strongly criticized for their political biases. We have never seen such a dangerous combination even under dictatorships. On top of that, controversy over possible election fraud in the last parliamentary elections still goes on.

After the diesel exhaust fluid (DEF) shortage reached serious levels, the Moon administration nonchalantly said it just thought the DEF was a fertilizer. The government does the same whether it be face masks or the soaring real estate prices. Such aberrations can be seen as tangible signs of incompetence. But if suspicions about impartial election management are added to the list, it could threaten the very foundation of our democracy. For instance, it is not an impartial act for the government to waive this year’s tax payment to help DP presidential candidate Lee Jae-myung win next year’s election after spending tens of billions dollars in its populist programs over the past four and half years. It is time for the government to set up a neutral cabinet for the election. As presidential candidates of both parties are already determined, now is good timing.