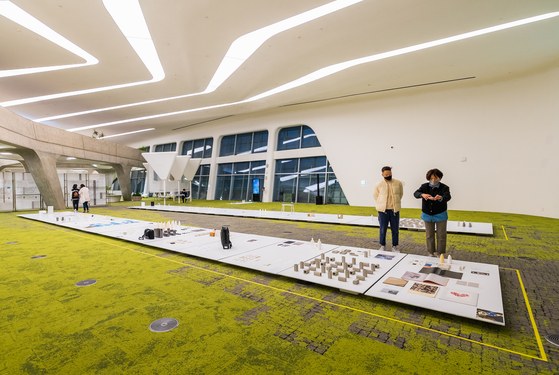 
At Dongdaemun Design Plaza’s (DDP) “Thinking Design” exhibition, which opened its doors on Thursday, daily necessities like cups, trashcans and spoons are on display, but with a twist in their design.


The pieces were designed by Sung Jung-gi, creative director of the Seoul branch of the international design agency Daylight.

Fifteen prototypes are neatly arranged in the exhibition hall with grass-like carpets covered with plants and trees and an incredibly high ceiling. Not only will visitors be able to explore what each prototype has to offer, they will be able to learn the backstory behind the design of each one. The exhibition may seem disconcerting at first, as the prototypes are all set close to the ground so that visitors have to crouch down to get a closer look, but according to Sung during a press conference on Thursday, this was intended. 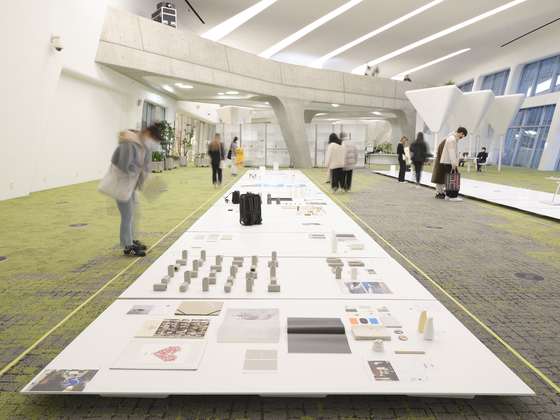 This section of the exhibition shows the backstory for each newly-designed prototype. [DDP]


“Everything is assembled close to the ground because we wanted to represent the planting of our thoughts,” said Sung. “I guess you could say that the prototypes are arranged like a garden and when visitors bend down to take a closer look, we wanted this to serve as an opportunity for people to give a second thought about the earth.”

When asked what he means by “universal values,” which he has said that he considers more important than uniqueness, Sung used the example of “People,” which are shampoo bottle prototypes of different textures. He was inspired to create this design after wondering how blind people are able to distinguish between shampoo and conditioner.

“Even if you aren’t blind, sometimes you are temporarily unable to see what you’re using when the shampoo gets in your eyes,” Sung explained. “Why do we use shampoo bottles with labels, when we can rely on the sense of touch by feeling the texture of the bottles? Touch transcends language or any other barriers [like seeing].” 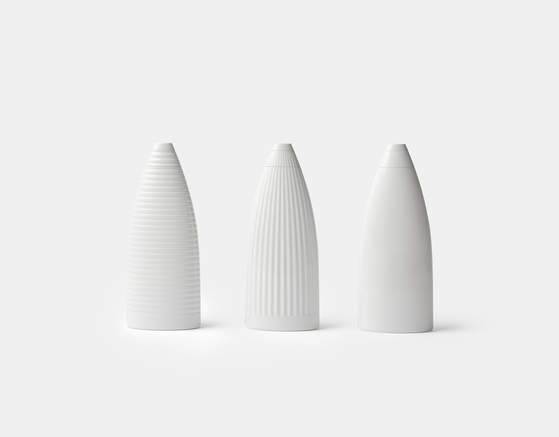 "People," which are shampoo bottles with different textures, help users to tell each bottle apart by touching it. [DDP]


It is obvious that Sung thought long and hard when planning, in particular, about its environmental impact. Minimizing waste from the installations was of huge importance to Sung. One way he achieved his aim was with the display stands, which will be reused afterward.

“I’m just a designer that tries to reduce waste and save some water. It’s nothing tremendous; I’m just doing what I can as a designer, who happens to care about the environment.”

Sung doesn’t aim to sell the prototypes from “Thinking Design." His sole wish is for people to come to his exhibit and adopt his ideas in real life, as he believes “a change in mind leads to a change in behavior.”

“I just hope these ‘seeds of designs’ get planted in the visitors’ hearts and help the world change for the better.” 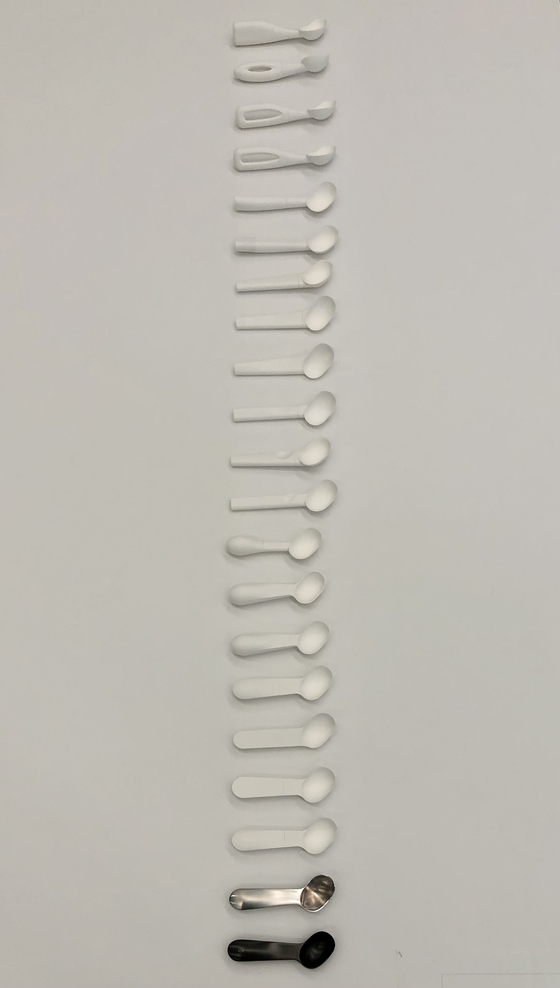 It took this many revisions to create "User," an ice cream scoop offered in two different versions, lefty and righty. The final prototype is the black one. [DDP]


DDP’s “Thinking Design” runs through Nov. 24 at D-SOOP, a lounge on the first floor of the Design Lab building. Admission is free. Sung gives docent tours every day at 4 p.m. (except Mondays) and additionally at 2 p.m. on weekends. For more information, visit the DDP website (ddp.or.kr).