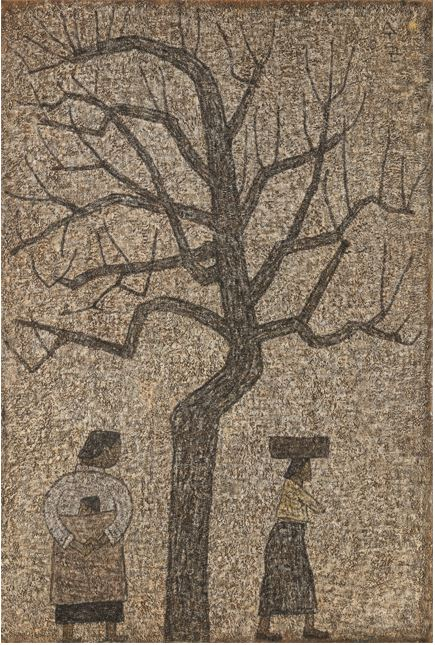 
Simple composition with gray-toned colors and rough texture is what artist Park Soo-keun (1914-65) is known for. Though he was unable to achieve fame until well after his death, today Park’s art is widely celebrated.

But this begs the question: How much do we really know about Park?

Such a question led the Deoksu Palace branch of the National Museum of Modern and Contemporary Art (MMCA) in central Seoul to explore the late modern artist’s body of work in a new light. A large-scale retrospective, “Park Soo Keun: The Naked Tree Awaiting Spring,” opened its doors on Thursday, marking the MMCA’s first time to open a solo exhibition on Park.

More than 100 oil paintings, watercolor paintings, sketches and illustrations are on display. In particular, the oil painting “Old Folks Chatting (People on the Street)” (1962) has been revealed in a Korean art museum for the very first time after previously being kept at the University of Michigan Museum of Art in the U.S.

Park’s artwork is known for its soothing Korean folk aesthetics, mostly illustrating the scenery of countryside streets and capturing the lives of ordinary people. He has the reputation a being a “good-hearted and sincere” artist who always “loved his neighbors,” curator Kim Ye-jin revealed during a press conference held at the MMCA’s Deoksu Palace branch on Wednesday. 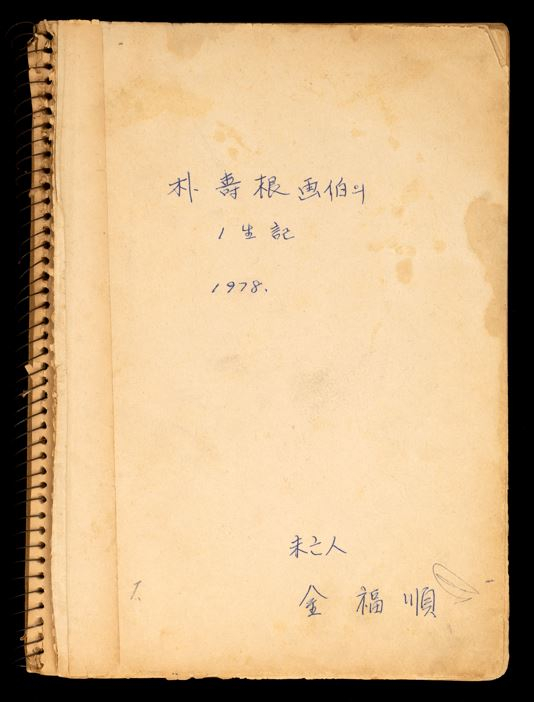 
Such reputation was also described in “Biography of Park Soo Keun” (1977-78) written by his wife Kim Bok-sun. This diary documenting Park's life is regarded as a crucial piece of evidence in the studies of his life, as it provides in-depth details about him, including his love for art.

Park struggled financially for almost his entire life and was unable to properly study art, let alone continue his education after elementary school.

Curator Kim explained that due to these reasons Park has always been stigmatized as a “deprived artist.” However, the significance of his artwork is much deeper than the stereotype associated with him. 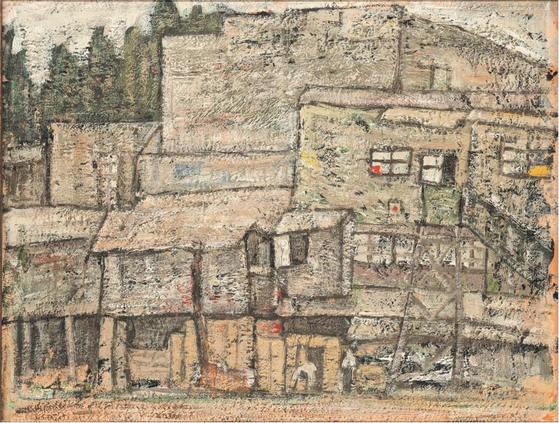 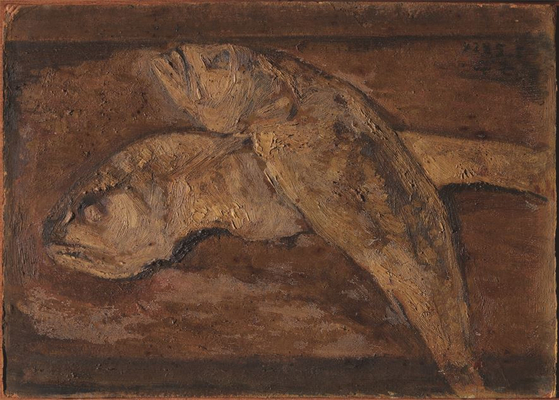 Paintings like ″Fish on a Cutting Board″ (1952) proved that Park was a versatile artist. [MMCA]


Despite never receiving a formal art education, Park put immense effort into studying art on his own, using art magazines and textbooks. He is said to have been deeply moved by French artist Jean-François Millet when he was young and was inspired by him to dream of becoming a great artist. A number of archival materials, as well as artworks and sketches from Park’s early years, offer a glimpse into his endeavors and admiration of art.

A recurring motif in his art is bare trees.

“Park created paintings all year long, but his trees were drawn leafless almost all the time,” said Kim. “Why are they all so bare? Maybe Park wanted to portray the essence of the tree and thought the branches would be beautiful on his canvases. The atmosphere of leafless trees could have been comforting to the artist too. Park illustrated trees in so many different ways.”

Trees have significant meaning to both Park and the times that he lived in. Most of Park’s paintings span from about a decade, from the 1950s until his death in 1965. Park finally dedicated his life to pursuing art full-time after the Korean War (1950-53).

The “naked tree” in the exhibition’s title symbolizes the people who suffered from the poverty and hardships the country went through, which Park expressed through art. 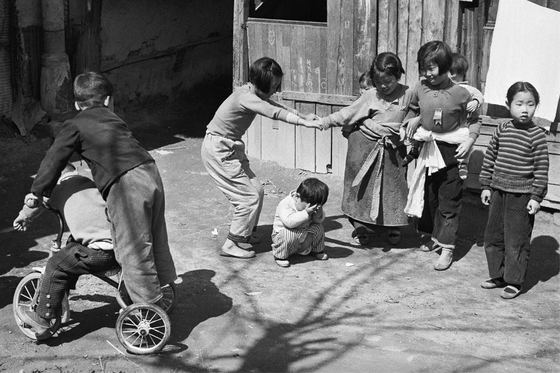 Photographer Han Young-soo (1933-99) took pictures of Korean society, and some from the same era as Park's paintings, the 1950-60s, are on display for visitors to get a grasp of the life of Koreans during that time. [MMCA]


Park’s wife, children and neighbors were the models for his artwork. In particular, he drew women in crouching positions, pounding grain or even resting. The mostly grey color palette makes it difficult to distinguish the boundaries between the figures and the landscapes and creates an almost gloomy feeling that seems to express Park's pity toward the subjects he was depicting.

“What needs to be understood is Park’s point of view on society during that time,” said Kim. “His paintings show the bleak lives of these women, but they aren’t miserable or devastated; they are in a state of tranquility and at the same time, have dignity.”

It was Park’s main goal as a modern artist to show his respect toward his fellow neighbors, who although struggled to carry on during the aftermath of the war, had incredible strength and resilience.

“Park Soo Keun: The Naked Tree Awaiting Spring” runs through March 1. The Deoksu Palace branch of the MMCA is open every day except Mondays, from 10 a.m. to 6 p.m. On Wednesdays and Saturdays, it is open until 9 p.m. The exhibition is free to all.