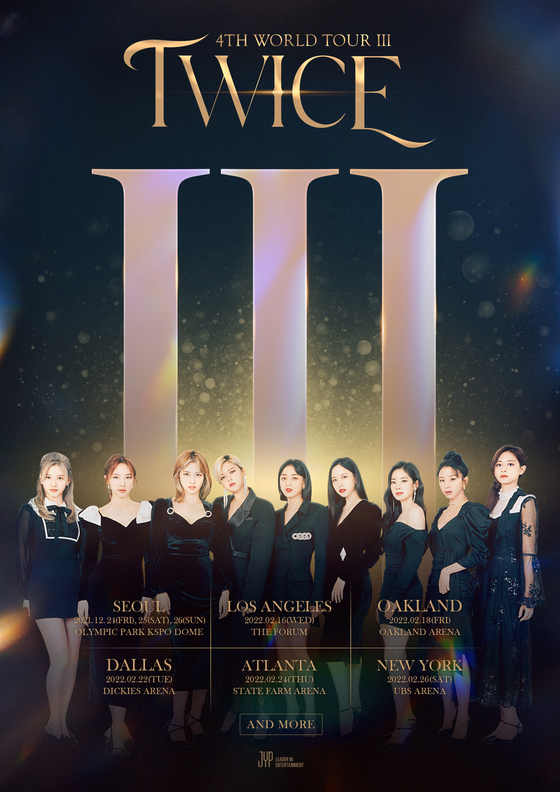 Girl group Twice is about to embark on its fourth world tour next month, according to its agency JYP Entertainment on Monday.

The group will start its “Twice 4th World Tour III” with a three-day concert at KSPO Dome in Songpa District, southern Seoul, on Dec. 24.

The group will then head to Los Angeles on Feb. 16 and hold four more concerts across the United States — in Oakland on Feb. 18, Dallas on Feb. 22, Atlanta on Feb. 24, and New York on Feb. 26. More details on the world tour will be released at a later date.

Twice's most recent world tour was in May 2019 and was titled “Twice World Tour 2019 ‘Twicelights.’” Last year, the girl group held an online concert “Beyond Live – Twice: World in A Day” to communicate with its fans.

The group released its third full-length album “Formula of Love: O+T=〈3” on Nov. 12.