When Korean content gained international acclaim in 2019, actor Lee Sun-kyun was one of the people at the forefront thanks to his role in director Bong Joon-ho's film "Parasite," which won the Plame d’Or at the Canne Film Festival that same year.

Two years have passed, and the actor is again on the frontline — this time for the launch of the first Korean-language original series “Dr. Brain” for Apple TV+, now available on the streaming platform.

Based on the Kakao Webtoon of the same title, the sci-fi series centers around a brilliant neuroscientist Go Se-won (played by Lee) who accesses the memories of people who have died. His journey is prompted by the death of his five-year-old son. 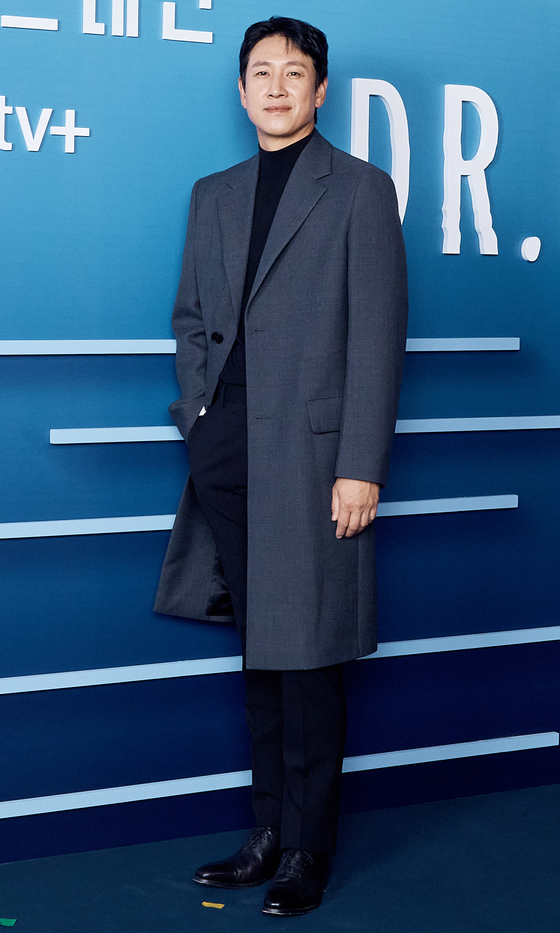 
At an online press interview last week, Lee said that he was drawn to the project not just because of the backing by Apple TV+, but for a chance to work with director Kim.

“I chose this project not because of the genre but because I trusted Kim,” the actor said. “I respect him, and I wanted to work with him.”

His character Se-won, although brilliant, lacks emotion, which becomes a communicative barrier with others as he isn’t able to relate to his co-workers or even his own family.

“I deliberated over how I would approach this character with no emotions,” Lee said. “I didn’t know how to adjust the tone and manner of Se-won because it may drag if a character with no emotions needs to haul the entire narrative of the story. Like the setting of the story, Se-won started off as gloomy character. But he changes as he 'discovers' a certain emotion or memory. There is a turning point in the narrative when he realizes his love for his family. [From then on] I acted thinking that Se-won can finally feel [...] Kim guided me well throughout the production, so I was able to adjust easily without any problems. 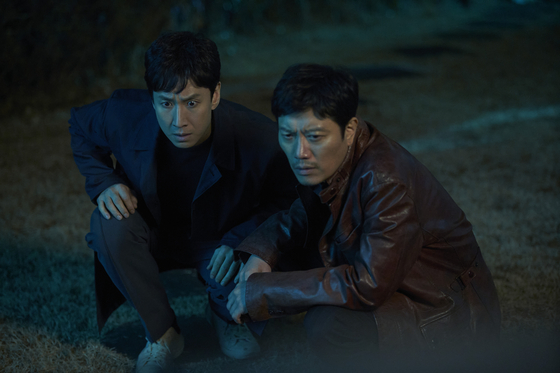 
“Kim isn’t really the talkative type, nor does he have a sweet character, so I thought Sae-won was a bit similar to him,” Lee said. “Kim is cool. His directions were simple yet precise, so the overall mood of the filming was very nice. I saw the first episode and I was already immersed in the story.”

Lee also gave his thoughts on working with Apple TV+ for the first time.

“It is an honor to be part of a global project of a global platform and open up the series for the entire world to see,” Lee said. “Due to the Covid-19 pandemic and due to the fact that none of the workers from Apple were here, we only communicated online. That was definitely new for me, but I believe this type of working environment is here to stay.

“I’m very much aware that ‘K-content’ is being recognized through streaming services like Netflix,” Lee continued. “It’s such a proud moment for us but it is true that I feel more pressured [as the main protagonist of ‘Dr. Brain’]. If I think about the advantages of Apple TV+, if Netflix distributes a variety of content through its platform, Apple has good products and technology. It feels like the platform is simultaneously releasing its technology with the content.” 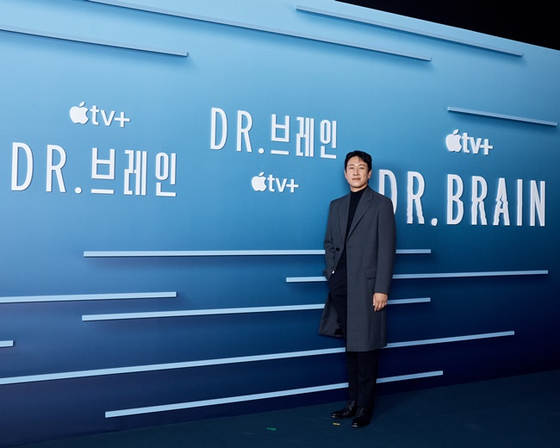 
Lee mentioned the soft power that local content has nowadays.

“I believe that ‘Parasite’ hit the jackpot of our centennial of Korean cinematic history,” Lee said. “We [the cast of ‘Parasite’] had a close call as Covid-19 began to actively spread right after we came back from the Oscars. I know that not only those in the entertainment industry, but all of us are suffering, and that it’s leading to a lot of changes. As for me, there are three films that I’ve finished filming but the theatrical premieres have been delayed. Over-The-Top (OTT) platforms took the place of cinemas and this has led to the vitalization of a variety of content and drama genres. This phenomenon is very encouraging. Nonetheless, I hope Covid-19 disappears soon so films that are created to be watched in cinemas and content from OTT services can co-exist.

“'Squid Game’ was one of the highly-anticipated series that I wanted to watch because I heard so many behind-the-scenes stories from production staff and the cast,” he said. “It was as satisfactory as I’d anticipated. It is very encouraging to see Korean culture take off so well globally since ‘Parasite.’ I thought about why Korean culture such as BTS as well as ‘Parasite’ resonates so well with audiences — director Bong once described our country as ‘Dynamic Korea,’ and I think the same — that the power of our content lies in its vitality. Moreover, the top-notch responsibility that Korean crew and actors have for their projects should also be given credited. They all have this desire and responsibility to make good content. I think that more beloved content such as ‘Parasite’ and ‘Squid Game will continue to be released in the future.”

"Dr. Brain," consisting of 6 episodes, is being released on the Apple TV+ one episode per week every Friday until Dec. 10.