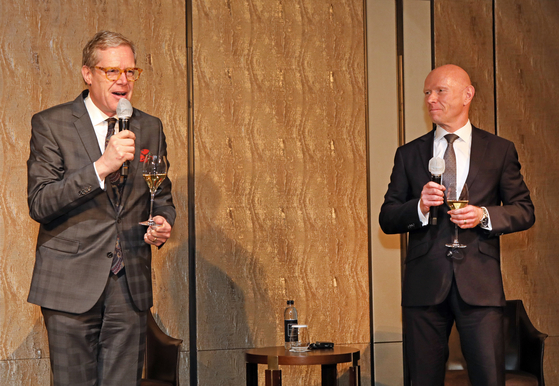 Swiss Ambassador to Korea Linus von Castelmur, left, and Norwegian Ambassador to Korea Frode Solberg, right, address guests at a special event to celebrate the 15th anniversary of the FTA between the European Free Trade Association (EFTA) and Korea at the Four Seasons Hotel in Seoul on Monday. Korea signed the FTA with EFTA members, which are Iceland, Liechtenstein, Norway and Switzerland, in 2005, and the FTA took effect the following year. It marked the first time that Korea signed an FTA with an association of countries. [PARK SANG-MOON]