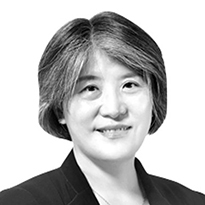 
“Korea was annexed to Japan because the United States approved it through the Taft-Katsura Agreement,” Lee Jae-myung, presidential candidate of the ruling Democratic Party (DP), said during his meeting with U.S. Senator Jon Ossoff on Friday. “It is an undeniable, objective fact that Korea, not Japan, was divided, and the division of the Korean Peninsula, a victim of the war, caused the Korean War.”

“I am speaking this to you, as I was told you are interested in this issue, and I thought that’s great,” Lee told Ossoff and laughed loudly. He even clenched his fist and showed it to the Senator.

The U.S. delegation, however, gave an icy response. Sen. Ossoff made it clear to Lee that he had laid flowers before the fallen U.S. and UN soldiers and veterans of the Korean War at the War Memorial in Seoul on the previous day. “The visitors thought it was extremely ridiculous for Lee to talk about the 1905 agreement, rather than what happened in 1950, and they wondered what was Lee’s intention,” a source well-informed about the delegation’s visit said.

Though Lee said it was “objective truth,” he made an oversimplified argument far from history. The Taft-Katsura Agreement was a 1905 memorandum signed between U.S. Secretary of War William Howard Taft and Japanese Prime Minister Count Taro Katsura during Taft’s visit to Japan. The memorandum stated that Japan confirmed the U.S. control of the Philippines and that the United States agrees with Japan’s reasons for its making a protectorate of Korea. But Taft stressed that it was his personal opinion. However, despite U.S. President Theodore Roosevelt’s approval of the memorandum, the agreement was not pushed forward any further.

At the time, Roosevelt believed that Russia’s control of Manchuria and Korea were more against U.S. interest than Japan’s control of the regions. But the United States became alarmed about Japan after its easy victories. 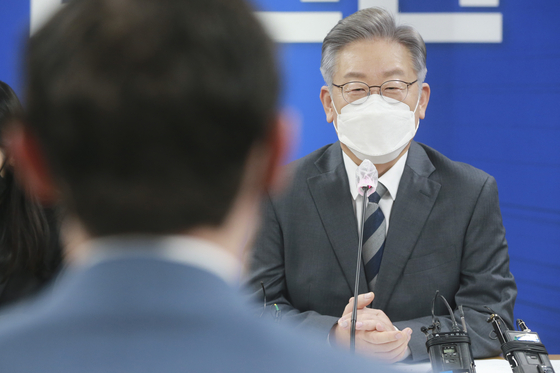 The United States also maintained a cold perception toward Korea. In his book, Diplomacy, Henry Kissinger wrote that Korea belonged to Japan and that although the Korea-Japan treaty recognized the full and complete independence and autonomy of Korea, Korea had no power to enforce it. He went on to write that it is nonsense that another country will do what Koreans cannot do on their own.

And the statement was true. According to Sogang University honorary professor Choi Jin-seok, Japan had the intention to change the master-slave relationship between Qing China and Joseon to the same relations between Japan and Joseon. “The annexation on Aug. 29, 1910 was just a matter of formality,” said Prof. Choi. “For a long time, Koreans were the people who had endured years of shame. It is embarrassing to criticize the United States for not having protected Korea at the time.”

If that were the reason, Lee should have blamed the Britain. Japan’s rise was actually credited to the 1902 Anglo-Japanese Alliance. But I have never heard from British politicians that Korea was annexed to Japan due to the Anglo-Japanese alliance.

Lee’s blaming of the U.S. for the national division and the Korean War is also wrong. As former Prime Minister Lee Hong-koo said, Kim Il Sung, Joseph Stalin and Mao Zedong were directly responsible for the Korean War by believing that the United States would not intervene.

Lee’s perception and attitude toward the United States are clearly different from his low-profile attitude toward China. There is no need to even discuss the war. Due to China’s export bans, Korea is frequently suffering, and the recent case of the urea shortage is an example.

And yet, Lee met with Chinese Ambassador to Seoul Xing Haiming on Thursday and offered him a protocol treatment equal to that for Senator Ossoff, although Xing was just a deputy director-level official.

“China’s export amount is very little, and if you pay more attention, it will be helpful for us to overcome the crisis,” Lee told Xing. “There are many items that Korea is 100-percent dependent on China, and there will be an issue in the future. Because economic cooperation between Korea and China will continue to deepen and expand, we must prepare in advance.”

What does Lee really mean by asking China to be prepared? I cannot but ask Lee. Does he also have the historical perception of the former student activists — particularly those from the National Liberation faction — which has triggered tensions between Korea and the United States since the Roh Moo-hyun administration? Or else, why is he acting as if China, not America, is an ally when he makes a diplomatic debut? Is this a part of his election strategy to win anti-American voters? Whatever the reason, it is extremely anachronistic.

Going against the Constitution (KOR)