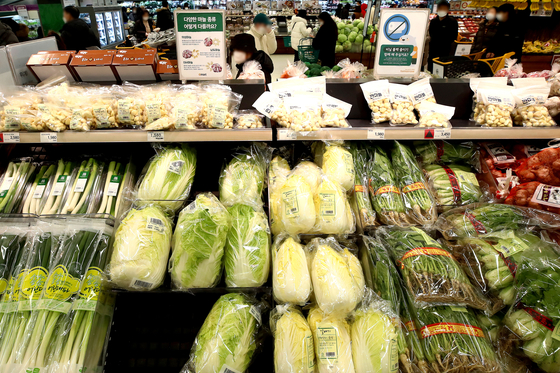 
In the digital age of metaverse, the consumer price index (CPI) remains in the analog domain. The survey staff of Statistics Korea select 25,000 retailers nationwide, including department stores, supermarkets and traditional markets, as samples and either personally visit them or make calls to collect price information. It takes a lot of time and budget to survey prices.

The surveyors investigate the prices of representative goods and services. As of 2015, the list included 460 items.

Price collection is conducted in a designated period every month. As prices of agricultural, livestock and fisheries and petroleum products fluctuate greatly, they are surveyed three times a month and averaged out. The price is based on the actual transaction price that consumers paid, and hence, includes taxes, such as VAT. The survey items are selected every five years to reflect the situation of the times. Statistics Korea drafted a revised plan for the consumer price index in July 2020. Fourteen items have been added to the list of consumer price index base items, including cherries, face masks, probiotics, dishwashers and rice noodles. Masks have been added due to the Covid-19 pandemic. Instead, briquettes, printers, ties, suits and school meals have been excluded from the list, as well as cameras, which have been nearly completely replaced by smartphones. Statistics Korea will release the revised plan on Dec. 22.

There are voices within the Bank of Korea that say housing ownership cost should be on the list. It is about time we seriously consider ways to reduce price illusion.