SK Inc. may make investment in Center for Breakthrough Medicines

SK Inc. may make investment in Center for Breakthrough Medicines 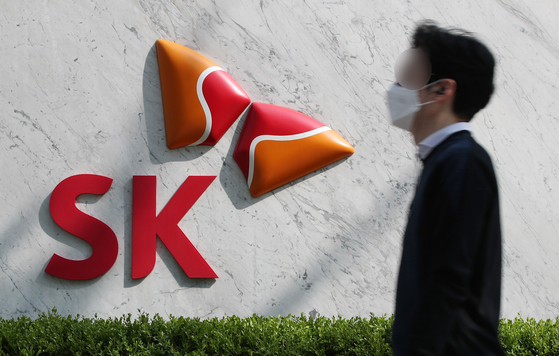 
SK Inc. is in final talks to make an investment in the Center for Breakthrough Medicines (CBM), a Philadelphia-based gene and cell therapy company, to build its presence in the global contract manufacturing organization (CMO) market.

The deal will likely to be concluded this year, though no specific details of the size of the deal were disclosed, according to Lee Dong-hoon, head of the Bio Investment Center of SK Inc., who led Tuesday's online conference.

“CBM is one of the world's leading contract development and manufacturing organization [CDMO] players specializing in gene and cell therapies, which could create synergy effects with our CMO company, SK Pharmteco,” Lee said during the conference.

Established in 2019 as a wholly-owned subsidiary of SK Inc., SK Pharmteco is based in Sacramento, California and engages in the contract manufacturing of pharmaceuticals. Earlier in the year, SK Inc. revealed its plans to become a top-five CMO company specializing gene and cell therapies, referring to biological treatments that alter cell and gene information to cure diseases.

“Unlike Samsung Biologics and Celltrion, the two major Korean biopharmaceutical companies, SK Pharmteco is distinctive in three areas,” Lee said. “It is more focusing on the United States market, next-generation drugs, and seeks growth through mergers and acquisitions.”

Gene and cell therapies is fast-growing market globally, and are used in the treatment of many diseases, according to SK Inc.

At the moment, antibody treatments take up the bulk of the market, but according to a Deloitte report SK Inc. cited, the market for gene and cell therapies is anticipated to surpass it by growing at an annual of 25 percent a year by 2025.

When asked about plans for an initial public offering of SK Pharmteco, Lee said the company is completely ready but is looking for the best and proper time.

“We are always ready to go public, it could be next year or two years later,” Lee said. “But we are still considering few things to make decision such as how to use the big funding for the company’s growth, as well as to benefit our shareholders.”