Nov. 19 - 21: The upcoming performance by the Korea National Contemporary Dance Company is a part of the company’s Asian Choreographer project. Three Asian choreographers, Kuik Swee Boon from Singapore, Shimojima Reisa from Japan and Lee Min-kyoung from Korea will showcase dance pieces centering around one theme, family.

Through Nov. 21: Veteran actor Lee Soon-jae is playing Lear in Shakespeare’s “King Lear,” which is currently being staged at the Seoul Arts Center in southern Seoul. Korea has staged productions of Shakespeare’s famous tragedy before, but according to the organizers, all of them were so heavily abridged they could barely be considered “truly Shakespeare’s.”

Nov. 25 – 27: The Volksbuhne am Rosa-Luxemburg-Platz Berlin will be visiting Seoul to stage “Ultraworld.” Produced in 2020 by Susanne Kennedy, the director of the troupe, the performance has received recognition on the German theater scene. The story revolves around a man who gets trapped inside virtual reality known as the "Ultraworld." The performance begins as if you are logging into a computer game.

Nov. 30: Cellist Mun Tae-guk and pianist Lim Dong-hyek will hold a recital together. The two artists will begin the recital with Beethoven’s “Seven Variations on Mozart’s ‘The Magic Flute’ for cello and piano, WoO 46.” They will also play Mendelssohn’s “Cello Sonata No. 2 in D major, Op. 58” and Rachmaninoff’s “Sonata for Cello and Piano in G minor, Op. 19.” 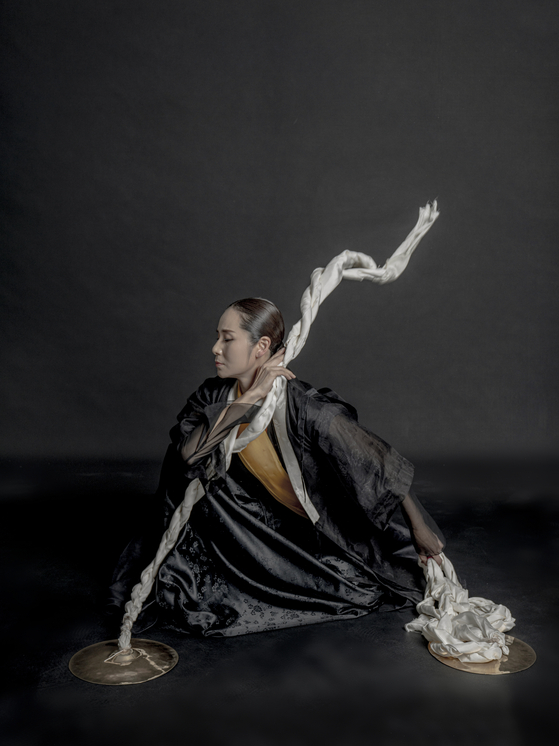 A dancer at the National Dance Company of Korea performs "Holcum II." [NATIONAL THEATER OF KOREA]

Dec. 3 and 4: Following the success of the National Dance Company of Korea’s production of “Hol Chum,” the dance troupe upgraded the performance and will stage “Hol Chum II” next month.

The performance features seven veteran traditional Korean dancers who have danced on the professional stage for more than 30 years. Each performer will take a turn on stage to show off traditional dances that have been reinterpreted in their own styles in an attempt to "rewrite tradition," according to the National Dance Company of Korea. The first half of the performance will showcase highlights of the first version, while the second part will feature new dances by new dancers.

More information on other dancers' performances is available on the webpage of the National Theater of Korea. Singer Hwang Chi-yeol holds a concert on Dec. 4 and 5 at the KBS Arena. [ILGAN SPORTS]

Hwang has always said that he’s life is like a “movie.”

He had remained in obscurity for nearly a decade after his 2007 debut, but experienced a reversal of fortunes in 2016 when China’s Hunan satellite TV invited him to participate in the fourth season of “I Am a Singer,” a Chinese adaptation of the popular Korean singing competition program.

His last concert was in 2018, which was organized to mark the release of his EP “Be Myself.”

Hwang, who has a large following in Chinese-speaking countries, has showcased his new albums in other Asian regions such as Taiwan, Hong Kong and Japan. 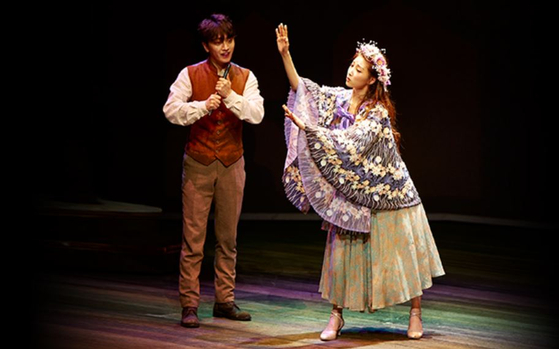 
Since then, the piece has matured through many runs over the past 17 years. In 2020, its first rerun in six years enjoyed immense success, leading the show to be part of this year’s National Repertory Season.

The War Clown, Love Clown and Art Clown, compete with each other to tell their version of the story of Hans, a piano player who lost his hearing in the turmoil of war, and Marie, a dancer who lost her sight — fusing the themes of war, love, and art.

The performance features a variety elements coming together for a more lively and dynamic experience: dance, music, mime and magic.