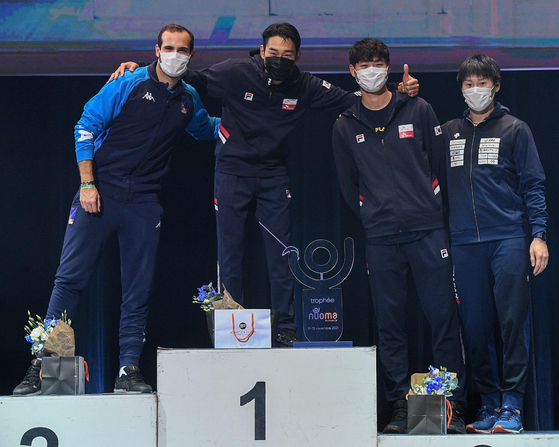 
After returning from the 2020 Tokyo Olympics in style, the men's team sabre gold medalists Kim Jung-hwan and Oh Sang-uk are still at the top of their game, winning the gold and bronze medal respectively at the 2021 International Fencing Federation (FIE) Fencing Grand Prix held in Orleans, France, on Saturday.

But not long after making their victorious return to Korea, the fencers were back on the piste at Hongcheon Stadium in Hongcheon, Gangwon, where the first national team qualification match took place, from Aug. 17 to 21. Kim Jung-hwan took first place and Oh took second.

A month later, in the second national team qualification match that took place from Sept. 11 to 15 at Yanggu Stadium in Yanggu, Gangwon, the results were not that different. Oh took first place and Kim Jung-hwan took second, again proving why they are world No. 2 and No. 3 and why Team Korea tops the men’s team sabre standings. 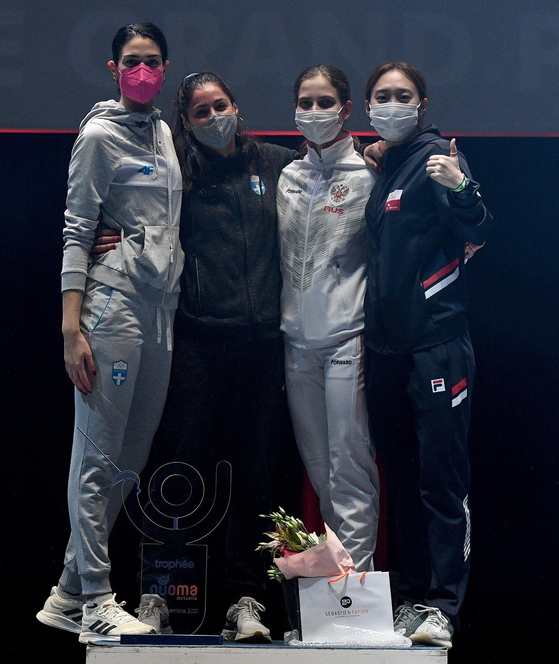 
But Oh and Kim Jung-hwan weren’t the only ones to win silverware over the weekend in France. Yoon Ji-su took the women’s sabre bronze medal, while national teammates Kim Ji-yeon and Choi Soo-yeon each took seventh and 10th place. At the Tokyo Games, the Korean women's sabre team beat Italy to win the bronze medal, the first medal Korea has ever won in the event.