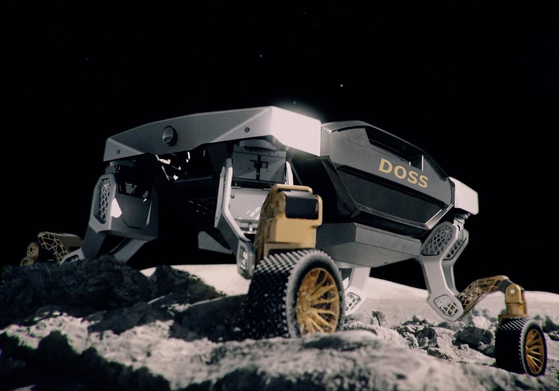 At Hyundai Motor Group’s exhibition booth, Hyundai Rotem displayed a range of high-tech products including hydrogen-fuel equipment and unmanned vehicles, and presented its capability in future military technologies such as autonomous driving and artificial intelligence.

One example is Daring Operations in Service and Search (DOSS), a four-legged electric vehicle that uses its robotic legs to travel over rough terrain.

Hyundai Rotem is forging ahead with other hydrogen-related projects as well, such as hydrogen tram, plant and fueling stations.

While investing in future core technology, Hyundai Rotem is also strengthening existing businesses. As the only battle tank supplier in Korea, Hyundai Rotem has been globally recognized for its technological capabilities and the export of the K2 battle tank to the Middle East in 2008.

“Hyundai Rotem will continue to secure core technology to diversify its product portfolio in line with the global demand,” an official from Hyundai Rotem said.