The event comes around at a time when Omanis ponder about the achievements made so far and brace for further accomplishments, with firm resolve, under the astute leadership of His Majesty Sultan Haitham Bin Tarik who pledged to hold high the banner of Renewed Renaissance, since he assumed power in the country on Jan. 11, 2020. 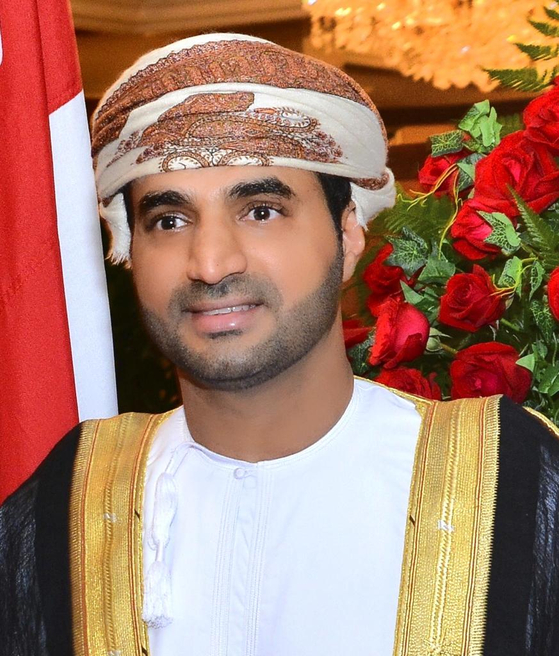 The Renewed Renaissance kicked off on a high note when His Majesty Sultan Haitham Bin Tarik called upon the people of Oman to do their best to enrich domestic development and foster progress in all fields. This is considered one of the major principles of Renewed Renaissance in its quest to attain the supreme national objective of “making Oman the central point in all that we strive to achieve,” an objective already materialized in updated laws and refurbished programmes of action across all sectors.

In the beginning of this year, Royal Decree No. 6/2021, promulgated the Basic Law of the State to serve as a basic pillar of continuous efforts to shape a better future for Oman and its citizens and to build a solid ground for their Renewed Renaissance.

The Basic Law of the State comprises 98 articles “enhancing the institutions of the State, safeguarding its territorial unity and its social texture, protecting its cultural foundations and consolidating public rights, liberties and duties”.

The Basic Law of the State lays down a stable mechanism of transfer of rule, which reflects positively on political and economic aspects and affirms the principle of sovereignty and independence of the judiciary. It also makes education compulsory till the end of the Basic Education stage. It establishes a scholarly method for thought, development of talents and encouragement of innovation — which all conform with Oman Vision 2040.

The Sultanate of Oman stands out for its exclusive practice of Shura-based democracy, set up on solid grounds emanating from Omani life realities. Shura practice evolved through various stages till it developed into the present-day “Council of Oman,” with its bicameral chambers — the “State Council” and “Shura Council.” Each stage saw the addition of systems and laws that reinforce the tradition of Shura and respond to the expectations of citizens. To this effect, His Majesty Sultan Haitham Bin Tarik issued Royal Decree No. 7/2021 promulgating the Council of Oman Law, which comprises 78 articles.

To contain the coronavirus that wreaked havoc in countries of the world, the Sultanate of Oman formed a Supreme Committee tasked with tackling developments resulting from the Covid-19 pandemic. The Supreme Committee has been taking moderate decisions and precautionary measures that ensure the safety of citizens and residents, while at the same time catering to social and economic implications on this benign land.

The Supreme Committee is responsible for cooperation with the departments concerned and regulating social response. It worked for the procurement of internationally approved vaccines and oversaw the implementation of a national immunization campaign. This was commended by His Majesty Sultan Haitham Bin Tarik when he chaired the Supreme Committee’s meeting on 18 August 2021.

“This improvement could not have happened had it not been for the appropriate decisions taken and the efforts exerted by the departments concerned in the Sultanate of Oman, albeit the health sector,” His Majesty said.

His Majesty the Sultan lauded the “high sense of responsibility shouldered by all members of society through abidance with the decisions and the measures set by the authorities concerned to safeguard public health — individuals and society at large”.

The decisions resulted in the improvement of Covid-19 indicators in the Sultanate of Oman, which, the reports said, registered great decline in mortality, infection and hospitalization rates, while recovery from the disease reached 98.5 percent.

The designation of a Youth Day in Oman reflects the attention accorded to the young generation by His Majesty Sultan Haitham Bin Tarik. It asserts the leadership’s deep conviction in the potential of youth in promoting the country’s development.

The attention accorded by His Majesty Sultan Haitham Bin Tarik is also reflected in the Royal support to employment initiatives, a set of which came around in May 2021, when the coronavirus pandemic had its greatest toll on local and global economic conditions, leading to the shrinkage of the labor markets. The Royal attention resulted in the launch of an executive plan to provide more than 32,000 jobs. 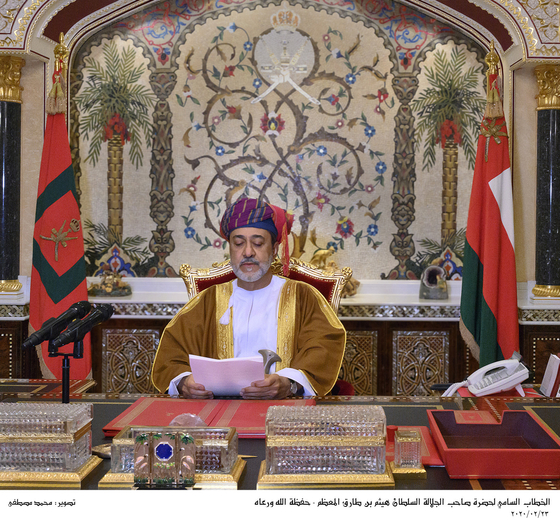 Omani women’s affairs take center stage in the Renewed Renaissance thought of by His Majesty Sultan Haitham Bin Tarik. On the occasion of International Women’s Day, celebrated last March, Her Highness The Honourable Lady Assayida Ahd Abdullah Hamed Al Busaidi, Spouse of the Sultan of Oman, commended the great efforts exerted by women in Oman and the rest of the world.

When a tropical cyclone made landfall in Oman on Oct. 3, 2021, His Majesty the Sultan promptly gave orders to form a ministerial committee for the assessment of the damage incurred on citizens’ homes and properties in the governorates that took the brunt of the cyclone.

His Majesty the Sultan affirmed that “the restoration of normalcy to public life and the supply of basic life needs to citizens tops our priorities,” and gave orders to establish a National Fund for Management of Emergencies as well.

The decline and fluctuation in oil prices and precautionary measures to address the impacts of Covid-19 affected the economies of many countries of the world. To address the situation, a medium-term Fiscal Balance Plan was initiated to bring down the general debt and to secure financial sustainability.

His Majesty the Sultan endorsed the initiatives submitted by the departments concerned in a bid to develop the schema of social protection. This affirms His Majesty the Sultan’s follow-up of the conditions of citizens to ensure the sustenance of decent livelihood for them and to alleviate the fallouts of this challenging stage.

The 10th Five-Year Plan (2021-2025), the first leg in the executive plan of Oman Vision 2040, seeks to achieve a number of goals, among them “activating the economy, upgrading the efficiency of management of public finance, realizing balance among measures for rationalization of public spending, espousing disciplined financial expansion policies, accelerating the rate of implementation of major strategic projects and government-private partnership projects, attracting more direct foreign investments, visualizing growth trends based on an expected oil price rate of $48 per barrel during years of the plan and enhancing governorates’ participation in achieving goals of Oman Vision 2040.”

The plan targets average annual growth of 3.2 percent in the gross domestic product through emphasis on promising economic sectors.

The Governorates Development Programme, which emerged in implementation of Royal directives, envisages the execution of 28 strategic programs and it will contribute to the goals of Oman Vision 2040.

Financial procedures, topped by the medium-term Fiscal Balance Plan, showed positive results, as Oman registered growth in total revenues by 22.6 percent and a 58 percent decline in deficit by the end of September 2021.

The International Monetary Fund (IMF) expected in a report issued in September 2021 that economic activities in the Sultanate of Oman will recover and that Oman will achieve 2.5 percent GDP growth in 2021 and 4.2 percent growth by 2023. The IMF also commended the measures undertaken by Oman while addressing the fallouts of Covid-19, as well as the country’s fiscal discipline and enhancement of business environment and support for stricken economic sectors.

The measures undertaken by Oman improved its credit rating by various agencies, including Moody’s, which amended the Sultanate of Oman’s rating from “negative” to “stable” in October 2021, according it a 3Ba rating. Moody’s expected that public debt in Oman vis-à-vis the GDP will decline from 80 percent in 2020 to 60 percent in 2024, while Standard and Poor’s also amended its future outlook for Oman from “stable” to “positive.”

Meanwhile, Fitch pointed out last May that the Fiscal Plan contributed to the improvement of scenarios for Oman’s financial position and expected a 6.1 percent decline of budget deficit to GDP this year. It also expected 3.3 percent economic growth for Oman by next year.

The government of His Majesty Sultan Haitham Bin Tarik created an investment-encouraging environment through legislations, ports, free zones and logistics, coupled with a unique strategic location in the meeting point of global commercial markets, political stability and security.

1.The view of Muscat, the capital of the Sultanate of Oman 2.Salalah Port 3.Duqm Special Economic Zone 4.The Grand Mosque in Muscat [EMBASSY OF OMAN]

The ports of Duqm, Salalah and Sohar boast a range of advanced facilities that enabled them to achieve quick finalization of tasks and cut the distance between world ports. This is in addition to the free zones in Duqm, Al Mazyouna, Salalah and Sohar and upcoming Khazaen hub in the Governorate of South Al Batinah. Investment incentives like tax exemptions extending to more than 30 years and foreigners’ 100 percent ownership of properties, among other incentives, add another fillip to Oman’s position.

The political and regional changes that happened during the Renewed Renaissance period proved that the Sultanate of Oman’s foreign policy stands on firm ground. Oman advocates principles of non-interference in the internal affairs of other countries, positive contribution to safeguarding international security, promoting common public interest through dialogue and understanding among countries and nations.

Oman’s persistent strive to serve global peace stems from its support for many initiatives and issues, like its backing of the positive developments emanating from the Al Ula Summit in the Kingdom of Saudi Arabia.

Under the wise leadership of His Majesty Sultan Haitham Bin Tarik, the Sultanate of Oman adhered to its commitment to truthfulness and objectivity through its political stands enhanced by its original values of moderateness.

The Sultan’s Armed Forces (SAF) and other security and military departments earned the attention of His Majesty Sultan Haitham Bin Tarik, the Supreme Commander. The SAF saw major growth in all its military and technical sectors “so that these sectors could continue to be the strong bastions that defend and protect all territories of the country from end to end.”

National days of countries constitute symbols of pride and dignity. In Oman, they are moments of contemplation in the past and the future of the country, a time to remember the Founder of Modern Oman and its Blessed Renaissance, the late Sultan Qaboos Bin Said Bin Taimour. His memory pulsates in the heart of every Omani, man and woman, who incessantly pray for him in gratitude for his good deeds for the nation and its loyal people over 50 years.