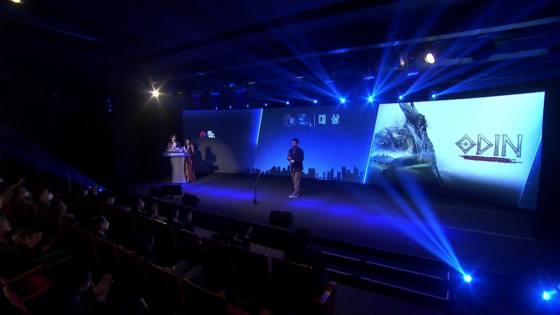 Published by Kakao Games and developed by Lionheart Studio, Odin was chosen as the best game of 2021 for its high-quality graphics and gameplay experience.

The Korea Game Awards were held as a part of G-Star, Korea’s largest game exhibition. 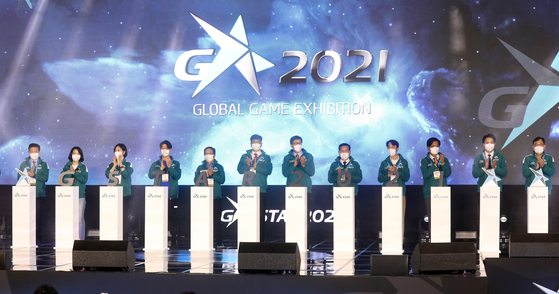 G-Star 2021, Korea's biggest game festival, kicked off on Wednesday at Bexco convention center in Busan to run for five days both online and offline, after skipping an offline event last year due to Covid-19. It is organized by the Korea Association of Game Industry (K-Games). [NEWS1]


G-Star 2021 kicked off on Wednesday with fewer game companies participating than usual due to the pandemic, but still promising innovative ideas and a sphere of communication for game developers and fans.

This year’s event will be led by the 2K companies — Kakao Games and Krafton — rather than the 3N companies — NCSoft, Netmarble and Nexon — that have been dominating the Korean gaming industry.

The 3N companies, as well as other mid-sized game companies such as Com2us and Pearl Abyss, are not participating this year.

Taking the spotlight this year is Kakao Games.

Participating as the main sponsor of the event, Kakao Games will take up 100 booths within the exhibition to market Odin as well as upcoming games, such as Uma Musume Pretty Derby, a Japanese mobile game developed by Cygames, and Goddess Order, developed by Load Complete.

Krafton, the publisher of the famed PlayerUnknown’s Battlegrounds (PUBG) shooting game franchise, will be focusing on PUBG: New State, its latest mobile game. It has been topping the most-downloaded games chart on both Google and Apple’s app stores since its release on Nov. 11.

G-Star 2021 opened at Bexco, a conventional hall in Busan, to run for five days both online and offline, after skipping an offline event last year due to Covid-19. It is organized by the Korea Association of Game Industry (K-Games). 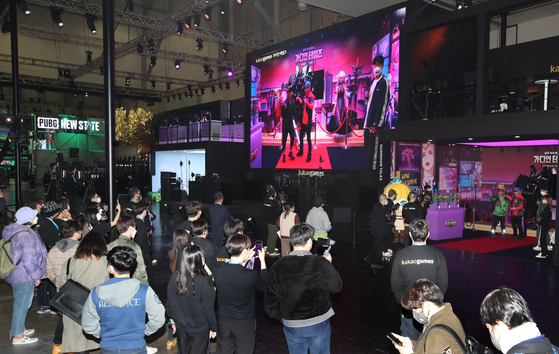 Visitors at the G-Star 2021 tour around the Bexco convention hall in Busan on Wednesday, the opening day of the game festival. [NEWS1]

The G-Con, the conference session featuring executives of various game-related companies, kicked off its two-day run on Wednesday. A total of 38 speakers will be giving their insights into new trends in the gaming industry, such as the metaverse and cloud gaming.

Game developer Gravity will be co-holding a special exhibition with the Busan Museum of Art, based on the characters and themes of Ragnarok, its online roleplaying game.

For those who cannot attend the event in person, many of the events will be livestreamed on G-Star’s website, as well as streaming platforms Twitch and AfreecaTV.

“We thank all the companies that have participated in our offline exhibition, despite the difficulties and uncertainties incurred by Covid-19,” said Kang Shin-chul, president of K-Games. “We promise to deliver the safest and most memorable games festivity both online and offline.”