Chef Sung Anh of restaurant Mosu Seoul, who announced earlier this month his plan to open a branch of the same name in Hong Kong, poses in the garden of the Seoul location in central Seoul's Yongsan District. [MATTY YANGWOO KIM]

Everyday dishes like bibimbap, bulgogi and fried chicken are no longer the only foods the global community recognizes as hansik, or Korean food, with the country now exporting its fine dining restaurants overseas.

Mosu, Seoul’s two-Michelin-starred restaurant, is opening a new branch under the same name in Hong Kong early next year at the recently opened M+, Museum of Visual Culture.

Attempts to export Korean fine-dining establishments have been lukewarm. While modern Korean restaurant Jungsik, which opened in 2009 in Seoul, established its New York branch in 2012, it has been more casual fried chicken franchises that have been paving their way into overseas markets since then.

The move by chef Sung Anh of Mosu Seoul, who started his brand in San Francisco, signals rising demand for finer style Korean food in the global market. This growing interest is also evident by the announcement last month of the World’s 50 Best Restaurants, which put New York restaurant Atomix, run by the former head chef of Jungsik, at 43rd place. It is the highest rank a Korean chef has reached by cooking dishes inspired by Korean flavors. 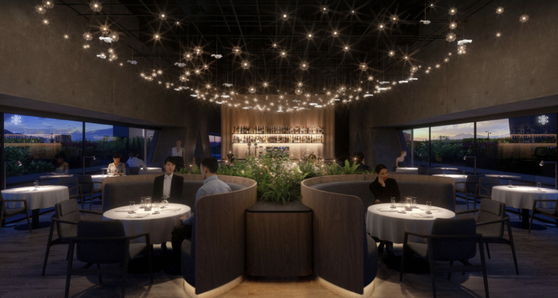 A rendered image of Mosu Hong Kong, which is set to open early next year [MOSU HONG KONG]


“What I considered in choosing my next step was what challenges me the most,” said Anh, also known by his Korean name Anh Sung-jae, during an interview with the Korea JoongAng Daily Wednesday, after his trip to Hong Kong to seal the deal on the restaurant opening.

“As a relatively more experienced chef in the scene in Korea, creating elements that consumers appreciate and establishing a platform where young talents can grow is what I need to do more. There is a challenge to open the door to the bigger market, which is the world.” 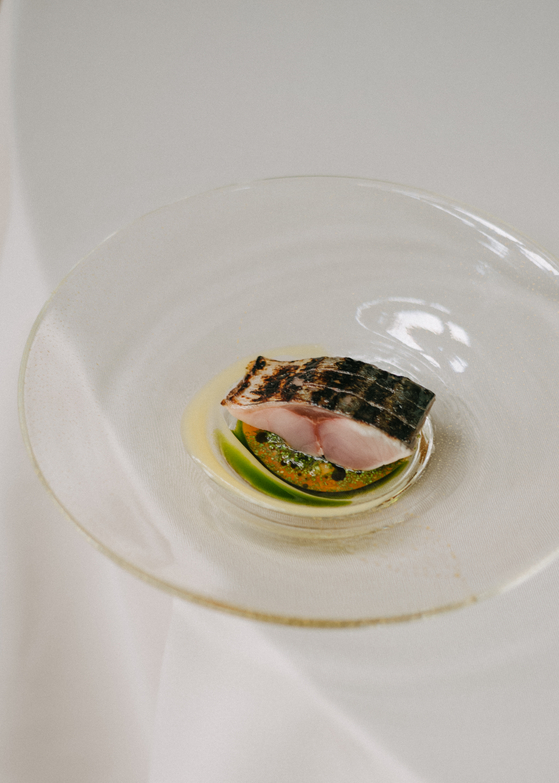 Choosing Hong Kong as the location for his next venture was not a difficult decision for Anh, who has been a fan of Hong Kong films since the 1990s. Anh, a then small Asian kid who was often beaten up by school mates after he moved to the United States because he didn't speak a word of English, gained strength by watching the protagonists in the movies, who never gave up. Before he opened his first Mosu in San Francisco in 2015, which he later closed after deciding to move the restaurant to Seoul, his first vacation after the birth of his daughter was to Hong Kong. He originally planned to stay for a week, but ended up extending the trip to one month.

“Hong Kong is one of the cities where you can find almost any kind of ingredients or cuisine,” said Anh. “What it lacks now is finer Korean restaurants, and I want to show what’s grown and developed in modern-day Korea, because what I have been doing since day one of the Mosu brand is present food that expresses who I am and where I am.” 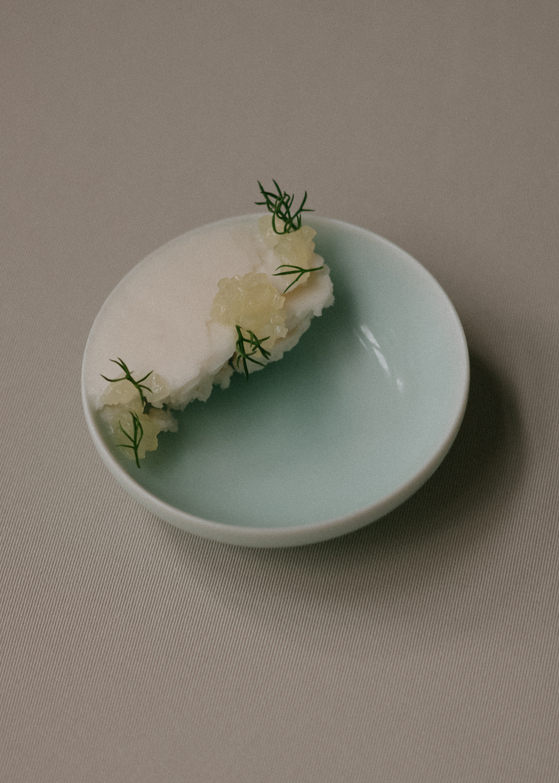 Anh wants to expand the keywords often associated with Korean food, such as fermentation, a technique designed to help people survive when they are deprived of fresh ingredients to eat.

“Because the global community now sees the charm coming from such survival food that Korea developed, which is more commonly consumed on a daily basis, they now might find their own path to better understand Korean food as part of the bigger picture of Korean culture,” said Anh.

“Talking about flavors is something very subjective so I might not be able to say I make the tastiest Korean food, but what I can say confidently is that chefs are the ones who can make compelling arguments on what they think about the culture they were exposed to through the medium of food.

“I want to share my will, which is to inspire people overseas to learn how expandable Korean culture can be.” 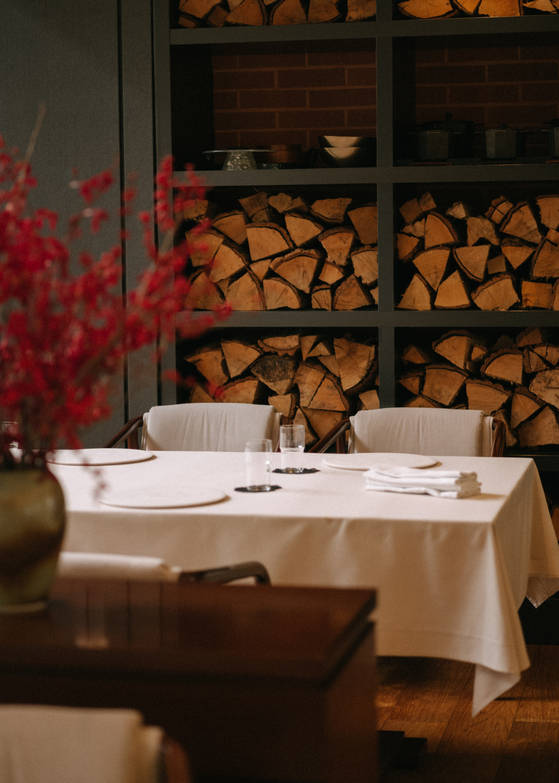 Although the end product he puts on a plate might not look traditionally Korean, such as serving kimchi on top of other ingredients, he has no plans to stray from what he knows best in Mosu Hong Kong. After all, what his business partners want to bring to Hong Kong is what they experienced at Mosu Seoul. One of the ideas he is currently developing is using Korean wheat, although he remained tightlipped about how he was actually going to incorporate the ingredient into a dish.

“What Mosu Hong Kong will present is how the Mosu brand has evolved from what it has shown in Seoul. Mosu Seoul was also rooted in what we had learned from the San Francisco restaurant,” said Anh.

To maximize the Korean feel, the restaurant will be neighboring a so-called “focus gallery” where only one art piece is shown in the entire room. Through the large window in the restaurant, diners can look down on the video sculpture “Crucified TVs — Not a prayer in Heaven” by Korean artist Young-hae Chang Heavy Industries. The artwork will be on display for a year.

Anh chose to stay away from restaurant-heavy Central on Hong Kong Island to open the new branch, instead choosing Kowloon. It is a similar move to his decision to open Mosu Seoul in Itaewon, rather than the fine-restaurant-heavy Gangnam District in southern Seoul. He also decided to offer his set menu with a hefty price tag of 240,000 won ($203) per person, when many other Michelin-starred chefs told him to stay under 200,000 won. Deviating from what’s common is a move Anh likes to make.

“I am no Joel Robuchon or Alain Ducasse, so it really doesn’t make sense that I open this restaurant in Hong Kong,” said Anh. “But when everything makes sense, that’s when things get boring. So I do what doesn’t make sense at all. My goal is to never stop making challenges.”