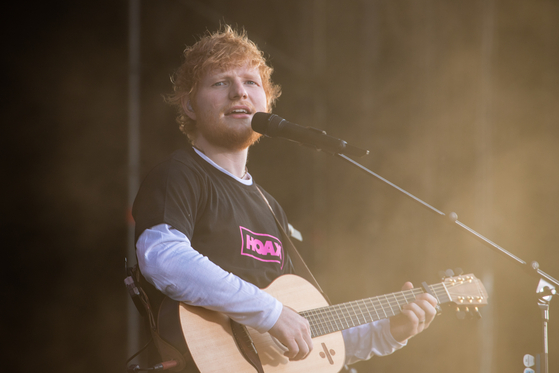 Mnet said Tuesday that Sheeran will make an online appearance at the awards ceremony as he has "many ties with the K-pop world."

Park Chan-wook, head producer of MAMA, said the event organizers invited Sheeran as he co-wrote BTS's "Make it Right," featured on the 2019 release "Map of the Soul: Persona." Sheeran also worked with BTS on "Permission to Dance."

"Fans can look forward to Ed Sheeran's appearance as he'll be staging a new performance for the event," Park said.

Mnet confirmed that dancers from "Street Women Fighter," a dance competition that recently came to an end on CJ EMN's tvN, will appear on stage with different K-pop bands.

Mnet previously announced that boy band Wanna One, which disbanded in 2018, will gather for a special performance.

The organizers also hinted that the event may travel to the United States in the near future. MAMA has been held mainly in Korea or neighboring countries.

MAMA 2021 will have a live audience, though the exact number of attendees has not been confirmed.

"We won't be able to invite as many people as in previous events before Covid-19," said Park Chan. "But what's important is that the audience will be able to watch the event live this year."

Last year's event was taken fully online due to the pandemic.

This year's MAMA will be hosted by singer Lee Hyo-ri, who will become the first female to host the event. The theme for the 2021 event is "Make Some Noise."