Girl group Weki Meki to drop its fifth EP 'I Am Me.' on Thursday

Girl group Weki Meki to drop its fifth EP 'I Am Me.' on Thursday 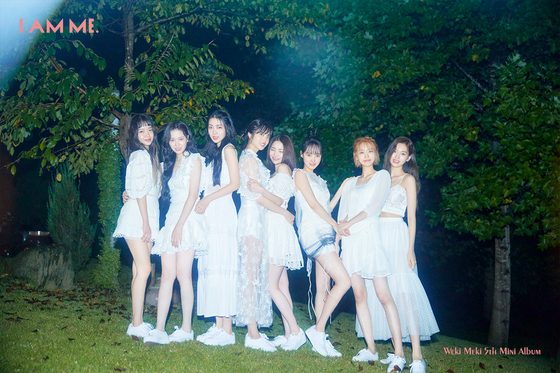 A photograph of girl group Weki Meki's upcoming EP ″I Am Me.,″ which drops Thursday. [FANTAGIO MUSIC]


Weki Meki will drop its fifth EP “I Am Me.” on Thursday, the girl group’s agency Fantagio Music announced Wednesday.

The agency released several photographs and a video clip of the eight members on Wednesday, heightening the anticipation for the EP’s release. The title track is named “Identity.” According to Fantagio, the released photographs of the members “abstractly express the process of finding their identity.”

The members are adorned in white dresses surrounded by greenery, which is in line with the message of the upcoming EP, Fantasio said in a statement.

Weki Meki debuted in August 2017 with the EP “WEME.” Members Choi and Kim Do-yeon made their music debut through the project girl group I.O.I as the result of the first season of Mnet’s audition program “Produce” in 2016.

wekimeki i am me fantagio girl group