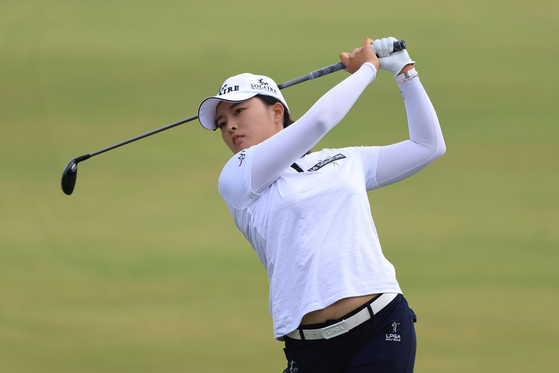 Ko Jin-young plays a shot on the eighth hole during the second round of the Pelican Women's Championship at Pelican Golf Club on Nov. 12, in Belleair, Florida. [AFP/YONHAP]

The LPGA Tour is returning to Naples again after 28 official events for the final tournament of the season at the CME Group Tour Championship, the culmination of the season-long points competition, the Race to the CME Globe. LPGA golfers accumulate points in every official LPGA event to enter the season-ending championship. Following last week’s Pelican Women’s Championship, the field was set for the top 60 players in the Race to the CME Globe points standings.

Ko, along with 59 other women, threw their hat into the ring. Ko won the last event in 2020, five strokes ahead of compatriot Kim Sei-young, who finished runner-up.

Last year, Ko earned her way into the season-ending event after just three tournaments, making her season debut only at the Pelican Women’s Championship in November. Despite finishing tied for 34th at the event, she bounced back with a fifth place finish at the Volunteers of America Classic, then tied for runner-up at the U.S. Women’s Open. Building onto that success, she won the ultimate trophy of the season. 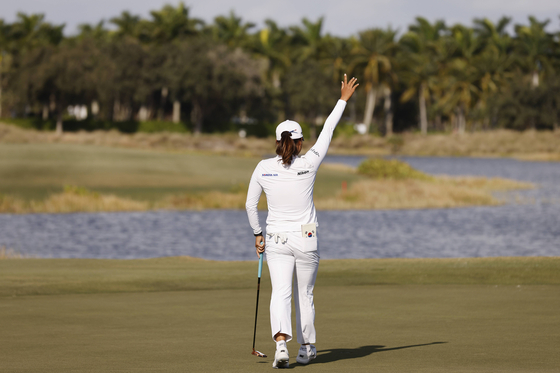 
Fast forward to this year, not only is she defending champion, she is at the top of her game — having already won four titles this season. Ko won her first season title at the Volunteers America Classic in July, then took a win at the Cambia Portland Classic in September. She kept on going, winning two consecutive titles: the Cognizant Founders Cup and the BMW Ladies Championship.

There are only two golfers on the LPGA Tour to have done that this year, Ko and No. 1 Nelly Korda of the United States. Ko also tops the board with the most Globe Points, having played 18 events and scoring 12 top-10 finishes. Korda, who sits at second place, played 16 events, nine of which were top-10 finishes.

“I can't believe this one is last tournament of the year, but I'm ready to play this week,” said Ko at a pre-tournament interview.

“Well, this course is not easy. If miss the green it's really tough chip around the green, and especially bermuda. But if I make it middle of the green every shot, every holes, it's going to be fine and easy to make birdies.”

“I feel really good, and my swing or my game is almost perfect. If I make more putts I can win again,” Ko said. 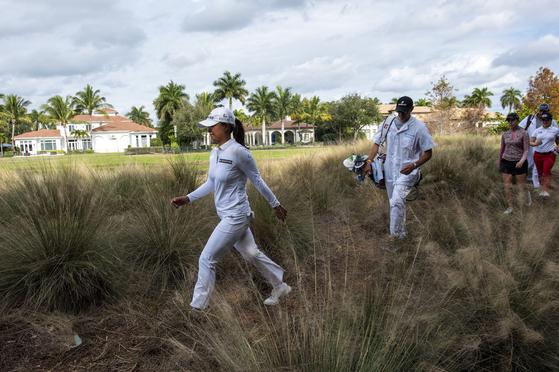 Ko Jin-young walks to the next tee during the final round of the CME Group Tour Championship golf tournament on Dec. 20, 2020, at Tiburon Golf Club in Naples. [USA TODAY/YONHAP]


Joining Korda and Ko are six past champions, including 2014 winner Lydia Ko of New Zealand, 2018 winner Lexi Thompson of the United States and 2019 winner Kim Sei-young, all coming from an appearance in the final four-way playoff at the Pelican Women’s Championship last week.

The CME Group Tour Championship is a four-day, 72-hole, no-cut competition with the largest purse in women’s golf: $1.5 million. Ko Jin-young tees off alongside Korda and Lydia Ko on Thursday.