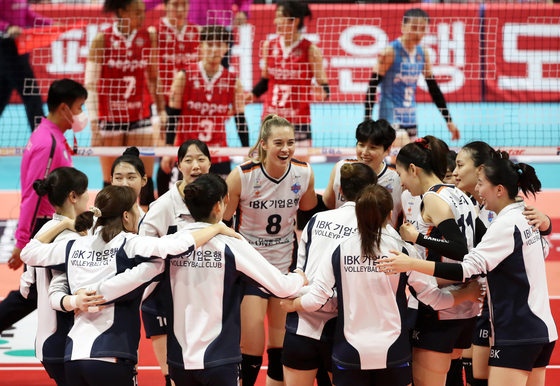 IBK Industrial Bank celebrate winning their first match of the season against the Pepper Savings Bank AI Peppers 3-2 on Tuesday at Pepper Stadium in Gwangju. IBK Industrial Bank won the first set 25-21, then conceded the next two sets 27-25, 25-19. IBK took the last two sets 25-14 and 15-9, sealing their win. [YONHAP]