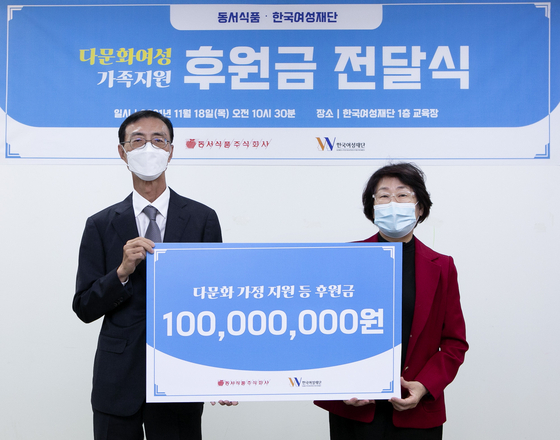 The food company, well-known for its instant coffee brands Maxim and Kanu, said it donated 235 million won to Korea Foundation for Women, the Korea Pediatric Cancer Foundation, Walk Together and Naver’s Happy Bean.

Donated money will be used to support multicultural families, pay medical expenses of children with pediatric cancer, pay for assistive devices for the disabled and purchase 50,000 coal briquettes for people to use in the winter.

“We hope the donated money can be of help to our neighbors who are going through difficult times,” said a spokesperson for Dongsuh Foods. “We will continue to donate and take part in more social contribution activities, sharing warmth and fulfilling corporate social responsibility."