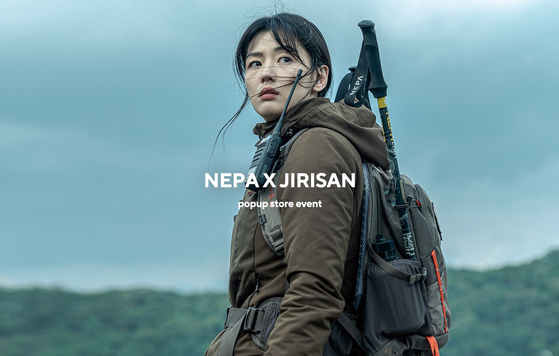 
For Korean shoppers, it's either the most expensive or the cheapest, and the mid-priced brands suffer.

At Hyundai Department Store’s Coex branch in Samseong-dong, southern Seoul, five out of six outdoor wear brands — K2, Discovery Expedition, Millet, Black Yak and Nepa — closed their stores this year, with North Face being the only one to survive.

The empty lots are already taken or will all be filled with luxury designer brands such as Louis Vuitton, Balenciaga, Dolce and Gabbana and Ermenegildo Zegna.

“North Face is more like a fashion brand for young people rather than a brand that sells mere hiking clothes,” said a spokesperson for one of the fashion companies. “Collaboration with luxury brand Gucci early this year and the retro trend allowed the brand to maintain its popularity.”

North Face was a go-to brand for Korean students when buying padded jackets between the late 2000s and early 2010s.

“People in their 20s and 30s want to own luxury clothes, and tend to cut down spending on other places,” said Lee Eun-hee, a professor teaching consumer studies at Inha University. “They buy premium padded jackets costing some 1 million won [$850] and buy t-shirts and jeans by searching for the cheapest bargain price online so they can buy designer brand sneakers, and mid-priced brands are less appealing in such situations.”

With customers neglecting them, the mid-priced brands are also less attractive for merger and acquisition deals. 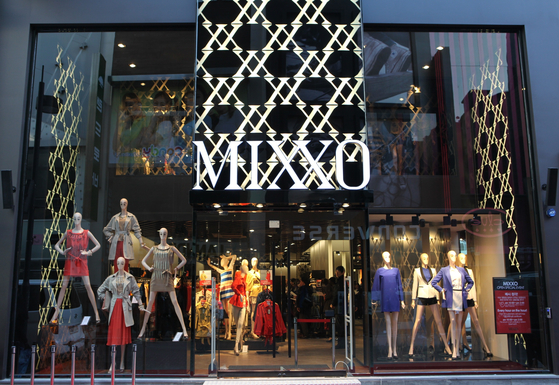 
Fashion retailer E-LAND tried to sell Mixxo and Roem last year, but couldn’t find a buyer. The same happened to Sejung & Future's apparel brand NII. The company announced the brand was up for sale in March, but has found no buyer. Revenue of Sejung & Futures has been falling 20 to 30 percent on year since 2017.

Brands have to either position themselves as a luxury brands or transition to cut-rate brand.

Hyundai Department Store Group’s Handsome has been successful by branding itself as a luxury retailer. When the department store acquired Handsome in 2012, it shut down mid-priced brands and focused on high-end brands such as Time, System and Mine. It this year started luxury cosmetics brand Oera, selling skin care products that cost 300,000 won.

Revenue of Handsome in the January-June period was 644.7 billion won, up 17.8 percent on year.

“It seems like all apparel brands are hit hard due to the pandemic, but actually it has been a time to evaluate which brands are going to perform well and which are going to disappear,” said Suh Yong-gu, a professor teaching business at Sookmyung Women’s University. “Just like how people still formed long lines in front of popular restaurants even when strict social distancing restrictions were imposed, brands that persist through hard times will grow rapidly when consumption recovers.”