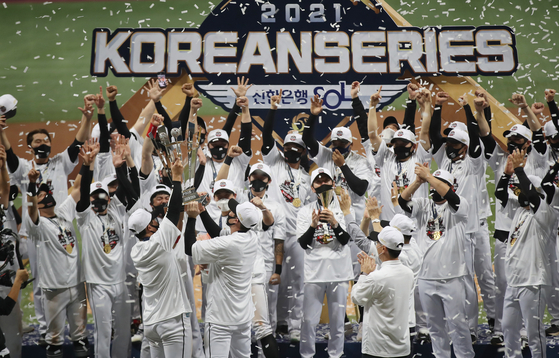 The KT Wiz are the youngest club in the KBO, having joined the league in 2015. This year marks the first time in the club's short history that the Wiz have earned a spot in the Korean Series.

This season, the Wiz held on to the top spot for the majority of the season, falling slightly behind the Samsung Lions in the last week before drawing even on the final couple of days. The two sides played a rare tiebreaker game which KT won, earning a ticket to the Korean Series.

The Wiz faced the Bears in the championship series. Despite finishing the regular season in first place to Doosan’s fourth, the Wiz looked set to face a serious challenge as the Bears qualified for their seventh-straight Korean Series.

KT opened the scoring on Thursday when Cho Yong-ho was walked at the start of the first inning then Hwang Jae-gyun hit a double, taking a 1-0 lead. KT did not miss any chance to score, with Jang Sung-woo and Bae Jung-dae both hitting singles to take an early 3-0 lead. KT kept on gaining momentum in the second inning, with a sacrifice fly and a double bringing home Shim Woo-jun, adding a fourth point to KT. With two outs and runners on first and second base, Jared Hoying’s hit took the score to 5-0 to end the second.

After neither side was able to add anything in the third inning, Doosan finally broke through in the fourth inning, when Park Gun-woo made a hit advancing to second base. Then Kim Jae-hwan hit a 134 kilometer per hour slider, bringing home Park to get Doosan on the board.

The Wiz were undeterred, making up for that one point in the fifth inning with a home run from Shin Bon-ki.

Jose Fernandez picked up two RBIs for the Bears in the sixth inning, hitting a 145 kilometer per hour fastball between the KT outfielders to bring home Jung Soo-bin and Park Gun-woo.

KT was able to get back the two points in the eighth inning, as Hoying hit a home run with Kang Baek-ho at first base. Hoying became the first foreign player in the KBO to have four hits in one Korean Series match. Doosan’s Kim Jae-hwan got one back for Bears with a late homer, but that was it for the Seoul club. 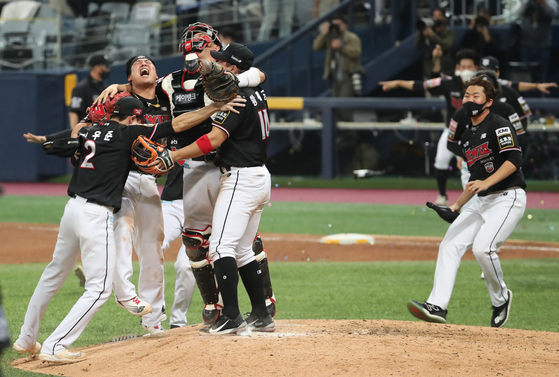 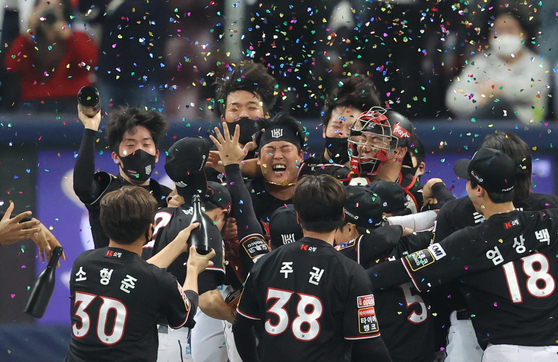 
The 37-year-old veteran Park Kyung-su won the Korean Series MVP award. Park Kyung-su missed out on Thursday’s match after a muscle injury in his left calf.

“I don’t consider this prize to be just mine,” said Park Kyung-su after their win.“This prize belongs to KT and our fans.”

The Bears now finish up what has been a long and difficult postseason journey. Doosan have qualified for the postseason for the last seven years but had never once had to compete in the Wildcard Series until this year. Since 2015, the Bears have either advanced straight to the Korean Series or fought their way there, competing in the championship tournament for six consecutive years and winning three.

The Seoul club battled through the first and second rounds of playoffs, beating both the LG Twins and Samsung Lions along the way in order to earn a chance to face the KT Wiz for the title.

“I want to thank the players for playing so well in a difficult season,” said Kim Tae-hyoung, the Doosan Bears head coach.

“This has been a great experience for newer players. Next season, we will start again fresh.”