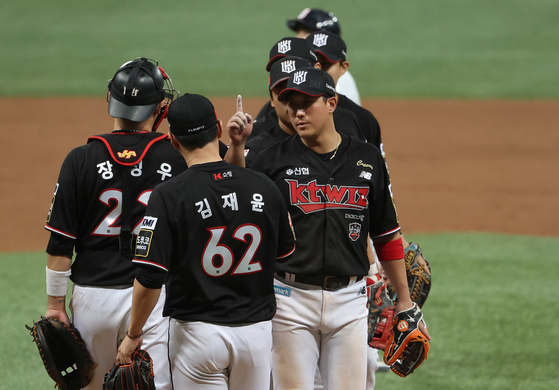 KT Wiz players celebrate in Gocheok Sky Dome in western Seoul on Wednesday after defeating the Doosan Bears in the third match of the Korean Series. As of press time Thursday, the Wiz had taken an early lead in Game 4, which could win them the championship title for the first time in the young club’s history. [YONHAP]