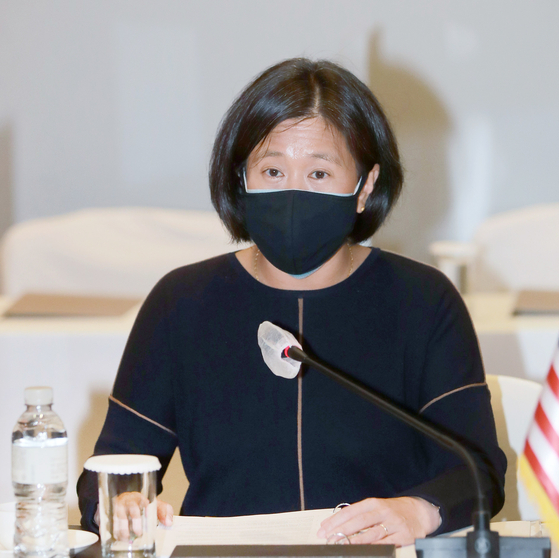 “They agreed to strengthen the bilateral strategic partnership on rising trade issues like those regarding the supply chain, technology, digital and climate change, in light of recent changes in the global trade order,” said the Ministry of Trade, Industry and Energy in its statement on Friday. “They also agreed to establish a channel for in-depth discussion and cooperation on these issues, within the Korus FTA system.”

The meeting took place in the lead up to the 10th anniversary of the Korea-U.S. FTA in March next year.

Supply chain resilience has been a topic repeatedly emphasized by the Joe Biden administration in its dealings with South Korea and the Asia Pacific region, including during Biden's meeting with President Moon Jae-in in Washington in May, and also recently during a multilateral meeting on the global supply chain hosted by Biden at the G20 summit in Rome last month. The Biden administration’s goal is to reduce the supply chain reliance on China, especially on key components such as semiconductors.

Yeo and Tai also discussed a steel deal between Seoul and Washington that has been in place since 2018.

Tai will be in Korea through Sunday, during which time she was also scheduled to met with Minister of Employment and Labor An Kyung-duk. Tai will fly to India on Sunday to continue her Asia tour that began with her visit to Japan earlier this week.