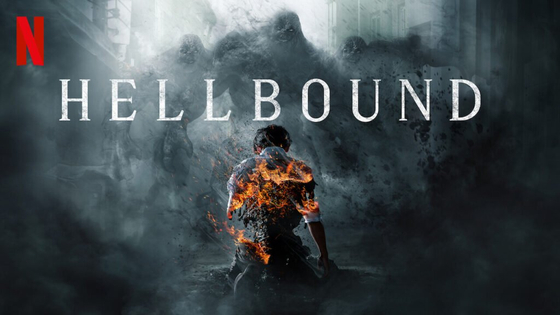 A poster for the new Netflix Korea series ″Hellbound″ [NETFLIX]


The horror series “Hellbound” debuted in the No. 1 spot on Netflix’s list of most-viewed TV shows, raising expectations that it could be the next Korean megahit after “Squid Game,” a survival drama series which topped the global list for 46 days and became the most-watched Netflix series ever.

According to streaming analytics company FlixPatrol, the Netflix Korea original series “Hellbound,” released on Friday, topped the service’s most-watched list in 24 regions including Korea, Mexico, Indonesia, Belgium and Hong Kong. It ranked No. 3 in the United States.

“Hellbound,” directed by Yeon Sang-ho, a comic artist and the director behind the hit film “Train to Busan”(2016), also topped the worldwide list, while “Squid Game,” released in September, was at No. 2.

“Hellbound” tells the story of people’s various reactions when mysterious creatures suddenly appear, notify them of their deaths in the near future and damnation to hell, and then come back at the appointed time and burn the notified people. Cults and fanatics who believe it is the divine judgement appear, while some people struggle to figure out why this is happening.