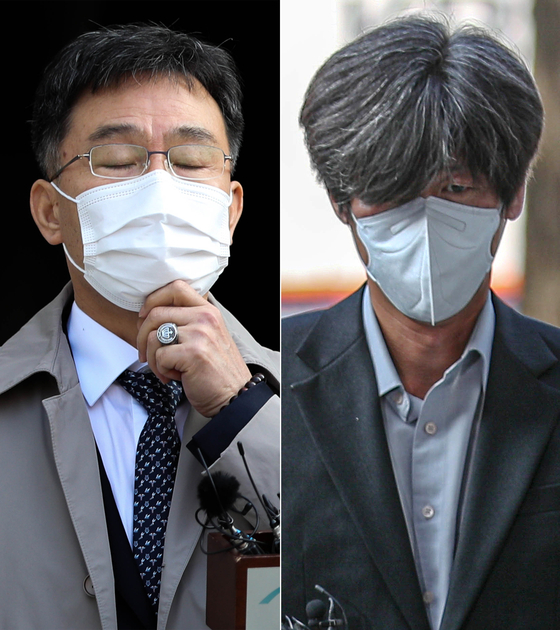 
One of the lead investigators of the Daejang-dong development corruption scandal lost his job in the probe Friday after it was revealed that his team held a work dinner divided into smaller groups in a restaurant in violation of government disease control guidelines.

Yoo Gyeong-pil, the chief economic crimes prosecutor in the investigation into allegations of political favors connected to the Daejang-dong land development in Seongnam, Gyeonggi, was removed from the investigative team in charge of the case on Friday.

The probe was temporarily paralyzed on Nov. 5, when Yoo and six others tested positive for Covid-19. It was later revealed that the investigators on the case held a work dinner the evening before, dividing their team into smaller groups but remaining in the same space in the restaurant where they were dining.

Under current government disease control rules, the number of vaccinated people gathering in restaurants and bars is limited to ten.

According to an official at the state prosecution service who spoke to the JoongAng Ilbo on the condition of anonymity, 16 investigative team members attended the dinner at a barbecue restaurant on Nov. 4.

In order to sidestep government regulations, the team split into two groups of eight people, with each taking a separate room. Kim Tae-hoon, the chief of the investigative team, was also present, according to the source.

The dinner was followed by two consecutive drinking sessions, with most members taking part.

With the probe facing an unexpected hurdle in the form of mandatory isolation for the lead prosecutors in the case, the probe is not expected to extend beyond those already under formal investigation.

Kim Man-bae, the owner of the formerly obscure asset management company Hwacheon Daeyu, which has featured at the center of the corruption scandal, is due to be indicted on Monday.

The company, which held a 1 percent stake in the mixed private-public consortium in charge of developing the Daejang-dong area into a residential complex, first aroused suspicion by raking in a profit of 57.7 billion won on an investment of 49.95 million won.

Lawyer Nam Wook, the owner of Cheonhwa Dongin No. 4, is also due to be indicted Monday.

Kim and Nam were summoned for additional questioning by the Seoul Central District Prosecutors’ Office on Sunday. Both men have been under formal arrest since Nov. 4, when prosecutors obtained court-issued warrants for their detention.