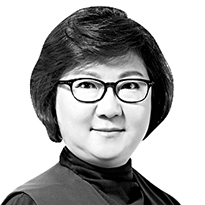 Choi Ji-young
The author is the economic news editor of the JoongAng Ilbo.

The panic over shortages of an unfamiliar material called diesel exhaust fluid (DEF) threatening industrial and transportation disruptions may be just the beginning of a greater disaster. A food shortage could come next.

The signs are starting to show. The price of coffee beans has been soaring. The benchmark Arabica coffee futures in New York Mercantile Exchange last week doubled from a year ago to near 10-year highs due to poor crops in Brazil — the world’s biggest producer — and a production hiccup in Vietnam after the spread of Covid-19. Large companies in Korea are relatively safe for now thanks to their comfortable stock, but town roasteries have begun to raise their prices. Once the pre-secured stock runs out, the menu prices of most coffee houses are expected to go up next year.

Higher coffee prices will be an addition to already-heavy prices across the board. Food and menu prices at eateries have all gone up this year. According to Statistics Korea, ramyeon prices jumped 11 percent last month, the biggest on-year gain since February 2009. Gimbap prices rose 4.8 percent on average and tteokbokki (spicy rice cakes) 3.5 percent.

Food prices have been going up across the globe. According to the Food and Agriculture Organization of the United Nations, global food prices in September jumped 33 percent on year. The 3 percent gain over two months is the highest since 2011.

Experts found the long-term stabilization in international food prices since 1960s started to shake from 2000. The volatility has deepened this year due to a number of factors. Due to deficiency and strong prices, the period when people at least in the middle class did not have to watch what they eat may finally be coming to an end.

Among the key reasons is poor crop yield from global warming. The spike in fuel prices that influences transportation and production costs made matters worse. Following a surge in shipping costs, labor costs also went up due to lack of manpower from the pandemic. Major producers have begun to curtail shipments for their own food security amid instability in supply and soaring prices, aggravating the situation.

Korea, which imports most crops except for rice, falls vulnerable to external crisis. Of the total crop consumption of 23.83 million tons last year, including livestock feed, 72 percent or 17.17 million tons were imported. It is the seventh biggest importer of grains.

Korea’s self-sufficiency in grains slipped to 21.0 percent as of 2019 from 43.1 percent in 1990, and remains among the lowest among OECD member nations. Due to high reliance on imports of grains and other food, higher international prices are directly translated to domestic sale prices.

Sadly, the Korean government doesn’t appear to be readying for a crisis. Korea has more or less given up efforts to increase production of crops of wheat, beans and corn due to a huge gap in domestic and foreign prices.

Vegetable and fruit production also stays unstable due to poor control systems. Production increases if prices surge, and then plunge due to oversupply the following year.

In September, the government finally unveiled a national food roadmap. It vowed to increase the purchase of rice and government stock in wheat and beans while supporting companies in securing overseas supplies. The government promised to develop farming technology and crops in response to the climate changes and establish faster weather forecast system by 2027. Although belated, the government must thoroughly see through the action plans for long-term food supplies.

In a report based on a study on crop stability, business and policies, the National Assembly Budget Office last month suggested a systematic public-led crop stock as inventories of wheat, beans and other grains are low since they are managed by the private sector. It also recommended diversification in import channel due to high reliance on a few grain producing nations. The sooner the government takes action, the better.