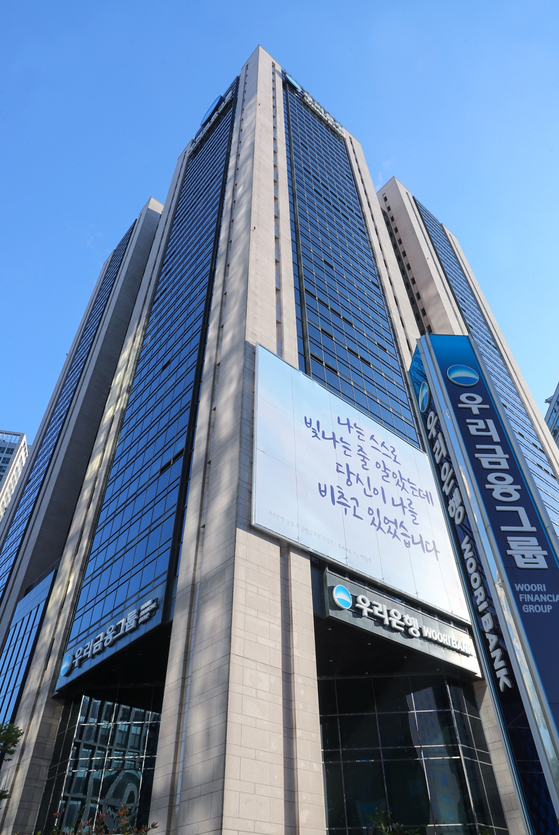 The Public Fund Oversight Committee under the Financial Services Commission (FSC) announced Monday that it has chosen five investors for the purchase of the stock.

As Korea Deposit Insurance becomes the third largest shareholder after the sale, this "technically means a full privatization of Woori Financial Group in 23 years" the FSC said in a statement.

The shares were sold at around 13,000 won ($11) each, the FSC said. The regulator projected 897.7 billion won of taxpayer money that was poured into saving Woori Financial during the Asian financial crisis to be recouped from the latest deal.

Woori Financial Group traded at 13,350 won at the end of the day Monday.

The government spent 12.8 trillion won on the bailout of Woori Financial, previously Hanvit Bank, in 1998. After the sale, the government will have recouped 96.6 percent of the funds.

The state-run deposit insurer sold 29.7 percent of Woori Financial to institutional investors in 2016 and another 2 percent in April.

The FSC committee said that it plans to sell the remaining 5.8 percent held by Korea Deposit Insurance in the near future depending on the share price and market conditions.