Samsung Electronics gets last laugh as its foldables dominate

Samsung Electronics gets last laugh as its foldables dominate 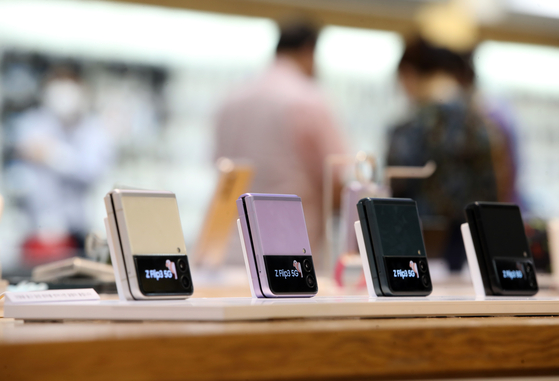 
Despite disastrous rollouts and widespread derision, foldables from Samsung Electronics are doing well.

The company has about 88 percent of the market in phones with bendable screens, and it is expected to hold a good share for the next few years despite a spirited onslaught by the competition.

When the first foldable was marketed by Samsung Electronics in 2019, it was plagued by technical issues and was the butt of more than a few jokes. One journalist stuck a hotdog in the Galaxy Fold, as if it were a bun.

About 2 million Galaxy Z Flip 3s and Fold 3s were sold worldwide as of the end of September after hitting the market on Aug. 27.

Counterpoint Research projects foldable phone shipments reaching 9 million this year, tripling from a year ago, and Samsung Electronics selling 88 of 100 of those devices.

In 2023, the worldwide foldable smartphone market will be 10 times bigger than in 2020, and Samsung Electronics is expected to maintain market share of 75 percent even with more players.

The competition is sitting on the sidelines while Samsung Electronics practically owns the market.

Display Supply Chain Consultants (DSCC) analyst Ross Young said Google will not to bring the Pixel Fold to market in 2021 or 2022 citing supply chain sources, because “Google believed the product wouldn’t be as competitive as it needed to be.” Apple is expected to enter the market later, with Apple analyst Ming-Chi Kuo saying the company will offer foldables only in 2023. 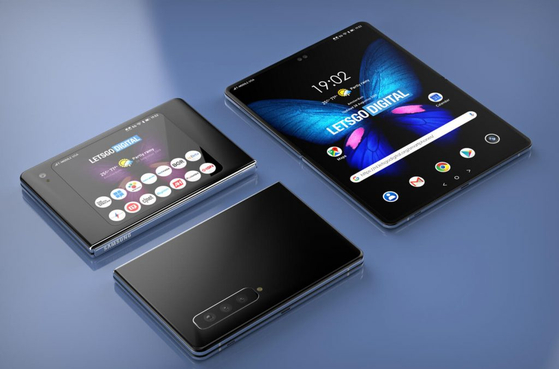 A rendering created by LetsGoDigital of a potential Samsung Electronics foldable phone, which opens like the clam shell-like Flip series but is horizontally wider. [LETSGODIGITAL]


Patents suggest that Samsung Electronics has only just gotten started.

LetsGoDigital reported in early November that a design patent filed by Samsung Electronics in 2019 was approved. The patent shows a clam-shell foldable phone that is horizontally wider than the current offering, more like a personal digital assistant phone.

Samsung Display, 85 percent owned by Samsung Electronics, unveiled the S-Foldable display screen — a panel that can be folded twice — in May. Samsung Electronics submitted a patent to the German Patent and Trademark Office in April regarding a foldable smartphone in which an additional screen can be pulled out from the side.

“Samsung Electronics lowered the price of its products to lower barriers for customers, but Chinese makers are making losses the more they sell due to their low production yields,” said KB Securities analyst Lee Chang-min. “Samsung has been adapting new innovations due to its upper hand in new technologies and has a diverse portfolio.”