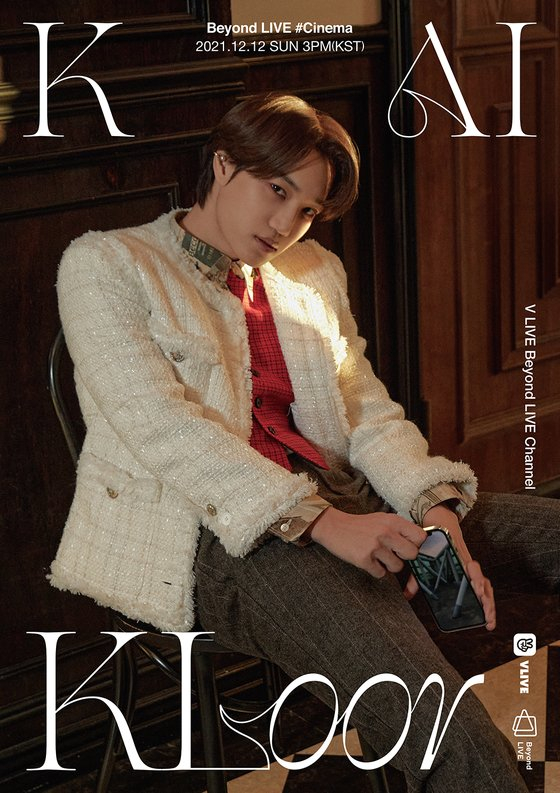 
Boy band Exo’s Kai will hold his first-ever online solo concert on Dec. 12, according to his agency SM Entertainment on Monday.

“Beyond Live #Cinema – Kai- Kloor” will be streamed through the Beyond Live channel for fans here and overseas. The concert will start at 3 p.m.

Tickets will go on sale on Dec. 1, at 3 p.m. through Naver V Live. Other promotional items will be sold through SM Town & Store's website.

Meanwhile, Kai is set to release his second EP “Peaches” on Nov. 30, at 6 p.m. To keep fans curious about the upcoming release, the singer plans to release teaser images on Nov. 23, 24 and 28, and a teaser for the music video for the EP on Nov. 29.