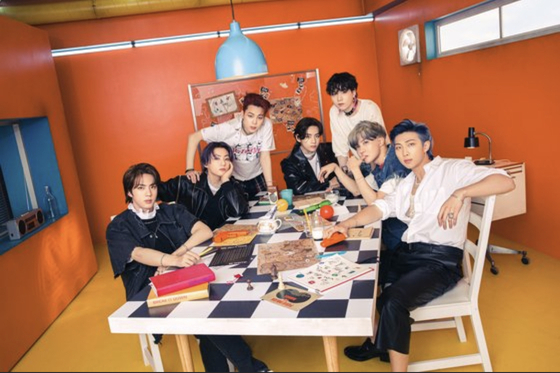 BTS was named Artist of the Year at the 2021 American Music Awards held at the Microsoft Theater in Los Angeles, marking the first time for not only a group, but also an Asian artist to win the award.

The band attended the event in person. Jimin thanked the many fans who have shown love to the band.

Leader RM also said the band wanted to share some positive energy in times when many are struggling.

During the ceremony, BTS preformed its collaborative song “My Universe,” with Coldplay. It was the first time for the two bands to perform the single since its release in September. The song debuted at No. 1 on the Billboard Hot 100 chart and has remained on the chart since then.