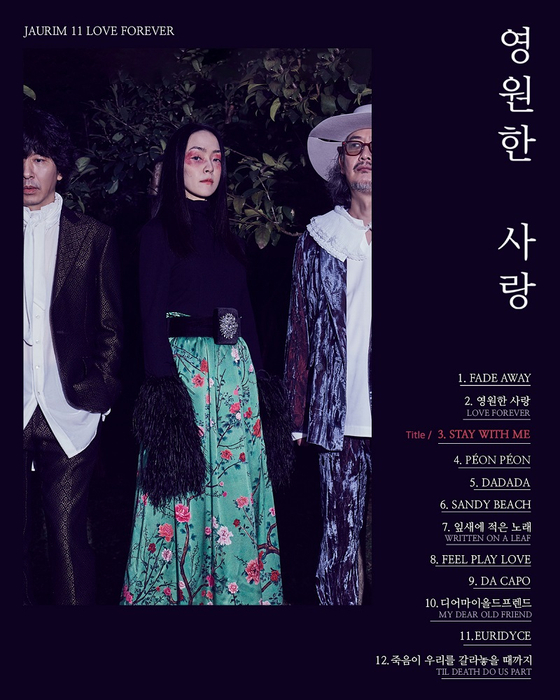 The upcoming album, which is Jaurim’s 11th regular album, consists of 12 tracks. The lead track is titled “Stay with Me.”

Interpark Entertainment, the band’s agency, said “the names of the songs on the album like ‘Face Away,’ ‘DaDaDa,’ ‘Feel Play Love’ and 'Pèon Pèon,’ individually stand out as much as the music.”

The album also includes several tracks that Jaurim pre-released, including “Written on a Leaf.”

Jaurim will stage a concert to promote the album between Nov. 26 to 28 at Olympic Park’s Olympic Hall in southern Seoul.