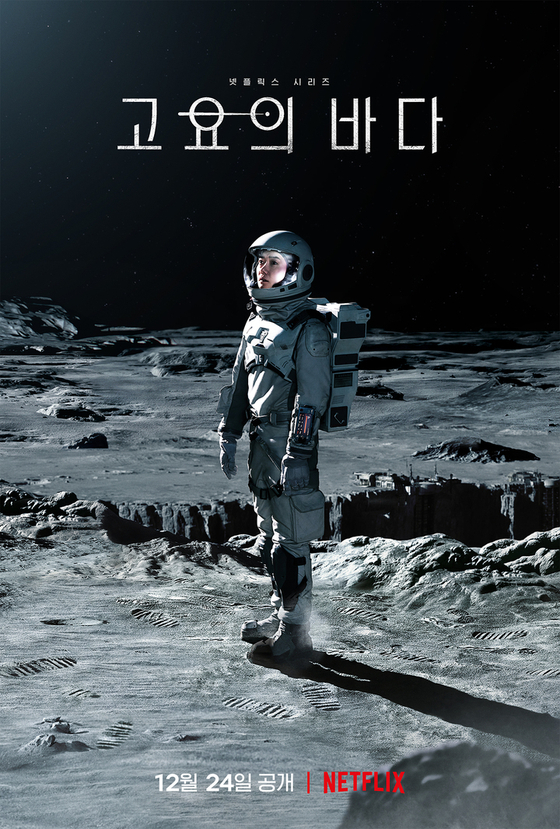 
After “Squid Game” and “Hellbound,” the release of Netflix Korea’s next big series “The Silent Sea” has been set for Dec. 24, according a poster released by the streaming platform on Monday.

“The Silent Sea” is set in the year 2075, where Earth lies in ruins due to depletion of natural resources and a team of specialists are sent to secure a mysterious sample from an abandoned research facility on the moon.

Actors Bae Doo-na and Gong Yoo feature in the series with actor Jung Woo-sung participating as a producer. The series is adapted from the 2014 short film “The Sea of Tranquility” written and directed by Choi Hang-yong who also directed the series. Screenwriter Park Eun-kyo from director Bong Joon-ho’s “Mother” (2009) and director Lee Kyoung-mi’s “Crush and Blush” (2008) wrote the script.