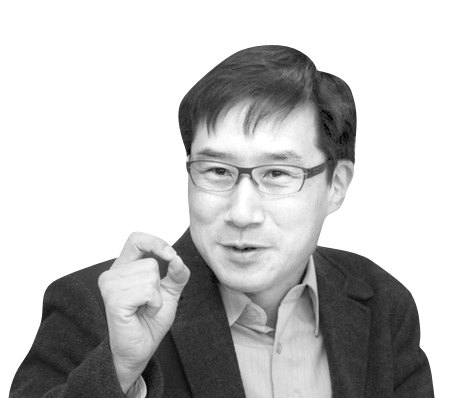 Hasok Chang
The author is a professor of history and philosophy of science at the University of Cambridge.


Concerns over climate changes from global warming are escalating. The 26th UN Climate Change Conference (COP26) held at Glasgow, Scotland, bought hope for some easing in the anxiety. But many were disappointed in the Glasgow Climate Pact. Although it succeeded in drawing a resolution from 197 countries, most experts agree that the roadmaps are not sufficient to stop global warming.

Carbon and other harmful emissions must be curtailed fast to ease the global warming process, but an agreement could not be reached at the latest meeting due to differing economic interests of each country. The Glasgow pact could mention the role of fossil fuels in the climate crisis for the first time after several revisions, but could not iron out sharp disagreements over the use of coal. The new agenda, which nearly broke down due to strong opposition from China and India, was signed after complying with India’s insistence on “phasing down” coal-fired power generation instead of the original term: “phase-out.”

The arguments of China and India are understandable. While acknowledging the role of carbon emissions in raising earth temperature, they demand fair responsibility. Developed countries have achieved their economic progress after using fossil fuels without any constraint during the times when the world was not even aware of climate change. China and India claim that it is unjust to demand late developing countries refrain from activities from fossil fuels without paying any price for their emissions in the past. Although every country must do their role and cooperate to fight climate change, developing countries criticize their developed counterparts for justifying the imperative need to save the earth after all the damage they left in the past. It is difficult to judge concessions to each country.

Then there is the question of credibility in scientific findings, apart from the controversy over climate justice. Many in the United States, including former President Donald Trump, other politicians and ordinary citizens, do not accept global warming and basic theories behind it. They turn a blind eye to the scientific facts despite urging by scientists and civic groups to accept them. Due to a strong protest from producers and industries relying on fossil fuels, it is harder for America to set a policy on climate change.

We may never find a solution under the tricky situation with conflict of interests. The world must try to achieve a realistic agreement instead of championing their own interests. U.S. President Joe Biden has been trying hard to administer carbon reduction policy, urging other countries to turn to industries of renewable energy and invest for a sustainable economy. He has been persuading the people that promoting new industries could help create jobs with decent pay. Although the Biden administration is faced with many challenges, it is expected to fight them with political wisdom.

There are many reasons for the world to reduce fossil fuels. Less coal use can help reduce air pollution and other environmental contamination. When diverse energy sources are used, the world could be less swayed by fossil fuel-rich countries like the Middle East and Russia. The world could be more prepared for the day when fossil fuel resources are depleted. It is difficult to push society towards a certain direction on one issue. More progress could be made if agreements are found on specific policies and actions despite differing positions.

Climate change poses a huge crisis — and at the same time gives the mankind a chance to change their way of living. Korea is in a position to use the endeavors to ease climate change as momentum to advance its economy and change culture. Imagine if we do not have to rely on oil imports. The society must change from the perspective that going environment-friendly is harmful on companies and economic development. Korea has sufficient scientific and technology capabilities to fight climate change. There are endless innovations — such as solar panels, energy storage and carbon capture.

The Moon administration must provide support to promote the development. Korea and its people can contribute to combating the challenge of climate change.