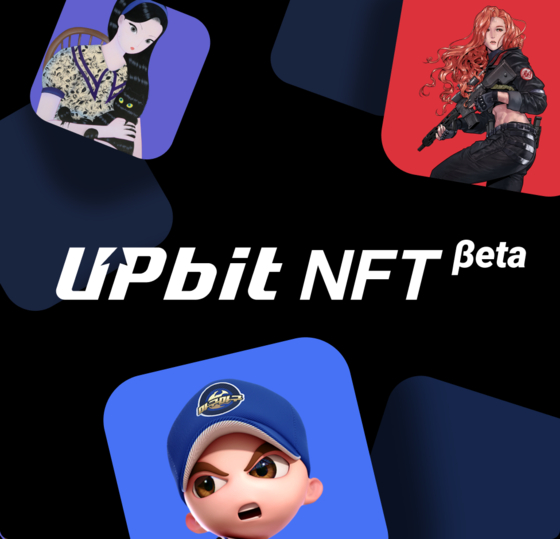 Dunamu, operator of Upbit cryptocurrency exchange, announced Tuesday it began offering a trading platform dedicated to the trading of non-fungible tokens (NFT) as a beta test.

NFTs are blockchain-based proof of digital asset ownership that can't be replaced with something else.

Upbit NFT Beta offers NFT auctions and a marketplace for platform members to exchange their NFTs.

According to Dunamu, all authorized at Upbit can also use the NFT trading platform.

The company said it hopes to make NFT trading largely accessible to the public by offering a reliable and secure trading environment, adding only those tokens that have been approved by the platform's own assessment system will be able to be traded on its platform.

Dunamu announced earlier this month that it is teaming up with HYBE, the management company behind BTS, to develop NFTs related to artists produced by HYBE.