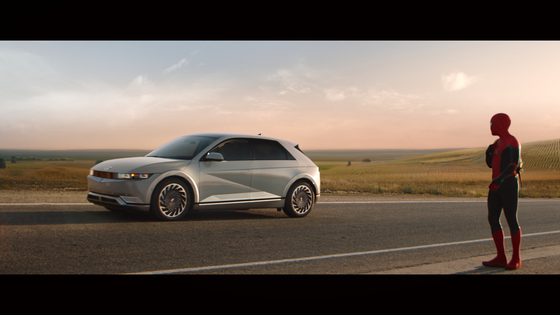 Hyundai Motor cars will be featured heavily in a soon-to-be-released Spider-Man flick.

All-electric Ioniq 5s and Tucson SUVs will be placed in “Spider-Man: No Way Home,” the third installment of the superhero series, which is scheduled for global release in December.

It is the first time for Hyundai vehicles to be featured in the Spider-Man series, while the Hyundai Veloster, Kona and Santa Fe had already made their Marvel debut through the "Ant-Man and the Wasp" in 2018.

For the first two installments of the Spider-Man, Audi's all-electric e-tron, A7 and Q8 models were featured.

“Hyundai Motor’s Ioniq 5 and Tucson will appear in major scenes of the movie and demonstrate various action scenes,” the carmaker said in a release Tuesday. “It will maximize tensions and offers various things to see.”

Dubbed as "Spider-Man: Only Way Home," it shows Tom Holland in Spider-Man suit hopping on the Ioniq 5 to drive 300 miles to New York. The video was uploaded on Hyundai Motor America's YouTube site on Nov. 22.

“We expect great marketing impact from this collaboration. This exciting film and the two vehicles’ inclusion in key moments of the storyline played by the main characters will exhilarate the minds of millions of viewers around the world.” 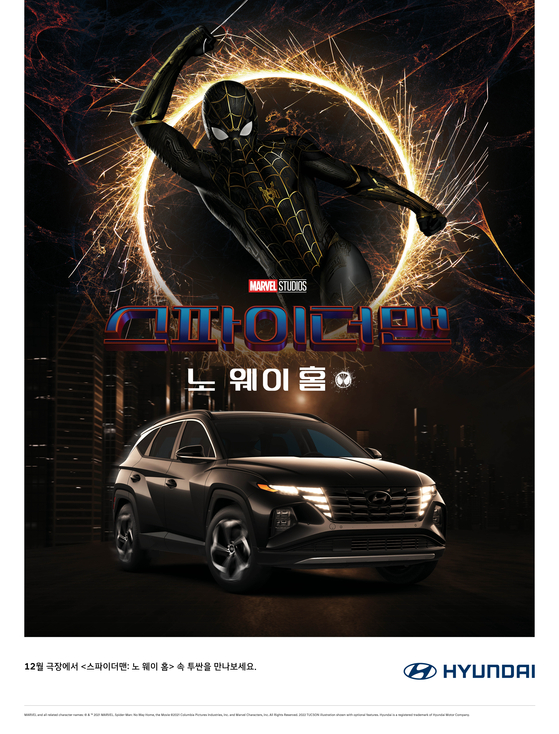