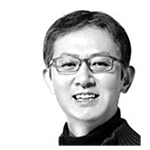 Cha Se-hyeon
The author is the international, foreign affairs and security news editor of the JoongAng Ilbo.

KT Wiz, an eight-year-old baseball club, won its first Korean series for 2021 with four-game winning streak against long-time champion Doosan Bears. The stunning rise of the underdogs has been extended after the triumph of NC Dinos last year nine years after its founding. Their feat raises high expectations for Korean profession baseball after the Covid-19 slump.

On the other side of the spotlight is a sad exit of players from the field. Each baseball club released its list of players shown out the door even before the fall season ended. The mound has to provide room for new and young blood. Over 100 players were freed from contracted teams to either find a new employer or retire from the domestic professional field.

Unlike professional sports, politics do not have an age limit. Each election brings backs the names of the old school. Opposition People Power Party (PPP) presidential candidate Yoon Seok-youl and the PPP are working on forming his election campaign committee. Unlike many expectations that key posts of the command will be headed by figures who could spearhead reform in the conservative policy to win over centrist and reasonable progressive voters, the old boys are coming back.

The party and Yoon may be thinking a victory is near with various poll results placing Yoon ahead of ruling Democratic Party (DP) candidate Lee Jae-myung. Vowing to woo the voters in their 20s and 30s to its side while placing old-timers in the campaign team is an action betraying words.

Key members of the campaign committee mostly had been survivors of the sinking ship following the impeachment of former president Park Geun-hye. They managed to stay onboard and are readying to make a strong comeback as the commanders to the battle with the ruling front.

Although the decision is still pending, they could be involved in the king-making of Yoon. Some found the team no different from the election camps of former Presidents Park Geun-hye and Lee Myung-bak.

Three events raised hopes for a change in the conservative party still chained to its disgraceful presidential impeachment of 2017: the election of Lee Jun-seok in his 30s with no lawmaking experience as chairman of the PPP; first-time legislator Yoon Hee-sook’s voluntary retirement upon a controversy over her father’s real estate purchase; and the nomination of Yoon — a former prosecutor who had arrested former presidents Lee and Park — as the presidential candidate of the PPP.

The three developments this year nearly redeemed the reputation of the conservative party as much as its 2004 humbling by abandoning its party building to start in a tent in penitence over the controversy of collecting corporate funds and the impeachment of liberal President Roh Moo-hyun. The public sentiment has shifted favorably towards the PPP partly owing to its desperate moves.

But the house has lost order and dignity as election season begins. The shadow of the past is looming over the campaign team that could influence the next administration if the party wins the presidential election.

There could be many life-or-death battles leading up to the March 9 election Day. The election campaign team could face many stumbling blocks. The DP and its candidate Lee striving to beat the stagnation of the PPP won’t miss the opportunity to strike back.

Chancellor Angela Merkel, who led Germany for 16 years, has voluntarily given up extension in her political life.

She is not retiring because she had performed poorly. She has the praise from current and former leaders around the globe. She is only stepping down to make room for a new face.

Internet giant Naver has recently tapped forty-something figures as its chief executive officer and chief financial officer. It has chosen new faces to lead the third largest company in Korea in market cap so as to navigate the new wave of climate change challenges, big tech, electric cars, metaverse and non-fungible tokens.

A new wine must be put in a new wineskin. We hope to see young blood on the field of 2022 baseball, as well as politics.