Oil reserves to be released following request from the U.S.

Oil reserves to be released following request from the U.S. 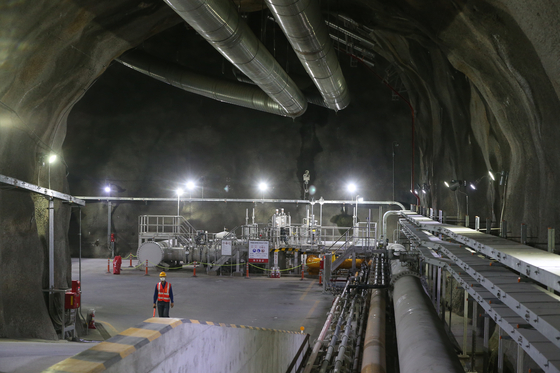 Korea is complying with a request from U.S. President Joe Biden to release oil from strategic reserves.

While the exact amount is yet to be announced, the Korean government estimates the release will be roughly equivalent to the action taken in 2011 when about 4 percent of the nation’s strategic reserve, or around 34.67 million barrels, was added to the market during an oil-supply crisis caused by the Libyan civil war.

The Korean Ministry of Trade, Industry and Energy and the Ministry of Foreign Affairs on late Tuesday said it will be joining the proposal considering the ongoing rise in international crude prices as well as the alliance between United States and Korea.

Details, including the time of the release, will be ironed out with the countries participating.

On Tuesday, President Biden said he earlier proposed several countries including Korea to tap into their reserves to stabilize oil prices.


“This is a problem not just here in the United States, but around the world.  The price of gasoline has reached record levels recently in Europe and in Asia.," Biden said Tuesday. "India, Japan, the Republic of Korea, and the United Kingdom have agreed to release additional oil from their reserves.  And China may do more as well.  This coordinated action will help us deal with the lack of supply, which in turn helps ease prices."

According to the Korean government, Dubai crude, which represents the bulk of Korea’s crude imports, cost $78.42 per barrel as of Monday. That’s more than 50 percent up compared to the beginning of the year, when it was $50 per barrel.

High international oil prices have been one of the leading drivers of inflation in Korea and globally.

To take the edge of the increases, the government lowered taxes on fuel on Nov. 12. Fuel taxes were slashed 20 percent, the most aggressive cut so far.

The cut will last for six months.

Between November 2018 and May 2019, the Korean government cut fuel taxes 15 percent as international oil prices spiked above $80 per barrel.

Tensions are mounting over the issue as OPEC threatens to change its plans of increasing crude output.

“I anticipate OPEC-plus energy ministers will maintain their current plan of adding more supplies to the market gradually,” said Joseph McMonigle, the International Energy Forum’s secretary general during a virtual meeting with Japan’s Foreign Affairs Ministry’s Director General of Economic Affairs Ono Hikariko on Monday, according to an IEF statement.

“However, certain unforeseen external factors, such as a release of strategic reserves or new lockdowns in Europe, may prompt a reassessment of market conditions.”