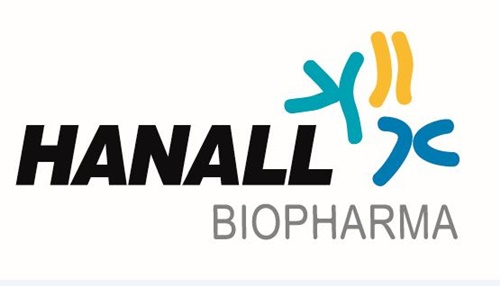 It is the second time for the Gangnam District, southern Seoul-based, Kospi-listed company to conduct Phase 3 clinical trials of the candidate, as the U.S. Food and Drug Administration requires companies at least two adequate independent trials to prove the safety and efficacy, according to its guidance for dry eye treatments.

The clinical trials will be conducted on 300 patients with serious cases of dry eye at nine hospitals in the United States to test its efficacy. HanAll Biopharma has been developing the treatment jointly with Daewoong Pharmaceutical.

“HanAll Biopharma has been dedicating its full capability toward conducting the clinical trials,” Sean Jeong, CEO of HanAll Biopharma, said in Wednesday’s statement. “With the treatment, we hope to be able to offer hope to patients around the world who are suffering from dry eyes.”

According to HanAll, around 35 percent of the total population of the United States, or 117.5 million Americans, used eye drops to help relieve their dry eyes last year. The world market for dry eye remedies is expected to grow at an annual rate of 6 percent and reach 7.5 trillion won ($6.3 billion) in 2030, according to market tracker ResearchAndMarkets.