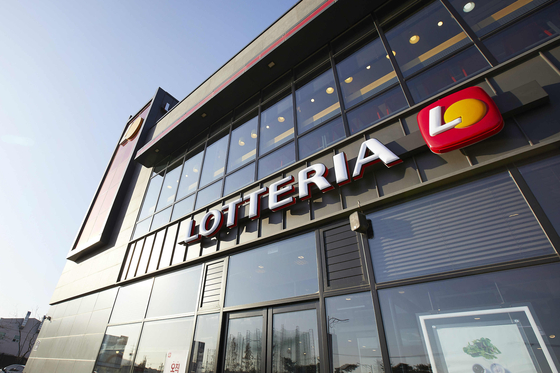 
Fast food is becoming expensive food as inflation hits even the cheapest of options.

Lotteria, a hamburger fast food franchise, is the latest to give in to increasing costs.

Lotte GRS, which runs Lotteria, announced on Wednesday that it is raising the prices of its food products by an average 4.1 percent. The new prices go into effect on Dec. 1.

It is the second time Lotteria has increased prices this year. In February, it upped the prices of some products by an average of 1.5 percent.

Next month, 16 types of burgers, 12 kinds of chicken products, eight types of desserts and 10 different drinks will become more expensive, according to Lotte GRS.

The company cited the rise in the minimum wage, supply chain disruptions and commissions for delivery apps as the reasons behind its latest decision.

Outback Steakhouse Korea has raised prices of its food products by an average 6.2 percent. The adjusted prices went into effect on Monday.

Twenty-four food products were subject to price increases. The price of Outback’s Black Label Steak went to 67,000 won from 54,000 won, up 24 percent, while the iconic Toowoomba pasta rose 13 percent to 25,900 won.

BHC, which completed the acquisition of Outback Steakhouse Korea this month, said the price increase is due to upgrading of dishes and the rising prices of raw materials. 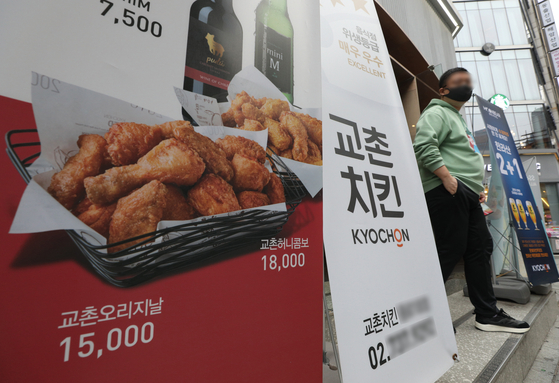 A Kyochon chicken store in Seoul on Monday. Kyochon F&B, which runs the chicken chain, raised the price of its food products by an average of 8.1 percent from Monday. [NWES1]


Kyochon F&B, Korea’s largest fried chicken chain, recently upped its prices by an average 8.1 percent. It was the first increase in seven years for Kyochon F&B.

The increase went into effect this week, and it ranges from 500 won to 2,000 won per item.

Its price increase could affect other chicken chains, like BB.Q.

Other food products are increasing in price, many in tit-for-tat fashion.

After Ottogi increased the price of its instant noodles by an average 11.9 percent in August, Nongshim, Samyang Foods and Paldo followed, pushing up the price of their food products.

In October, milk became more expensive in a similar manner.

Prices of raw materials increased due to the reduced global supply of grain last year due to Covid-19, according to Lee Sun-hwa, an analyst at KB Securities. The effect lasted through this year because it takes around six months for the supply constraints to be reflected in the selling price.

“Companies that preemptively increased their food product prices are expected to see their margin spread improve starting from the first quarter of 2022,” because the price increase for grains is expected to halt in late 2021 as inventories stabilize, Lee added.